Cindy Oser is an expert of Infant and Early Childhood Mental Health (I-ECMH). 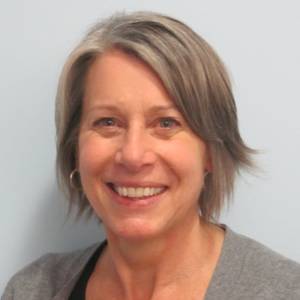 Cindy Oser is well-respected nationally as a leader in the field of early childhood development and recognized for her work in comprehensive birth-5 service delivery systems; maternal-child health; infant and early childhood mental health (IECMH) and early intervention; and federal and state early childhood policy. Ms. Oser has nearly 40 years of experience focused on improving health and developmental outcomes for young children and families through legislative, regulatory, budget and policy change. She is experienced in directing state and national initiatives, founded the Western Office in Los Angeles for ZERO TO THREE, and most recently, led an international expert workgroup to produce the Diagnostic Classification of Mental Health and Developmental Disorders of Infancy and Early Childhood (DC:0-5™).

From 2013-2019, Ms. Oser led ZERO TO THREE’s work on infant and early childhood mental health, coordinating activities within the organization and with external partners to assure successful implementation of IECMH strategies, and seeking opportunities for organizational leadership, revenue and impact in the national and international IECMH field. Key successes include infant and early childhood mental health legislation signed into law (2016), release of DC:0-5 and accompanying training resources, publication of several IECMH policy resource materials (including a book chapter in a 2-volume set on childhood trauma), and a 10-state policy convening on IECMH financing. During this time, Ms. Oser also served as co-director for the Project LAUNCH Resource Center, providing overall direction and management to the LAUNCH resource team in assisting SAMHSA-funded grantees in states, tribes, and communities to implement evidence-based practices and building successful partnerships across systems and sectors, between states and communities, and with families to promote child well-being.

Ms. Oser served as a spokesperson for ZERO TO THREE and has been featured in media outlets including the Huffington Post, Health Day, the Chicago Citizen, ABC News, Idaho Public Television, the Washington Post, the Wall Street Journal and KIWI magazine. Ms. Oser has a Bachelor of Science in Nursing, and a Master of Science from The Ohio State University, and is a member of the board of the Ohio Association for Infant Mental Health. Ms. Oser is located in Cleveland, Ohio.

The latest from Cindy Oser