Crissie McMullan, MS, is a ZERO TO THREE Fellow. She is Executive Director of Mountain Home Montana, a shelter and mental health center for homeless young mothers and their children located in Missoula, Montana. 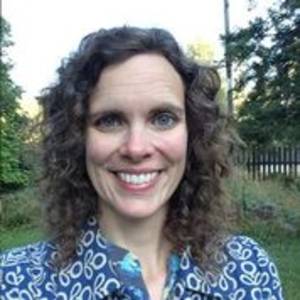 In Ms. Mullan’s first 3 years at Mountain Home, she increased numbers of mothers and children served by 30%, instituted trauma-informed policies and procedures, garnered new private and government funding, and earned media recognition ranging from local television to the New York Times. She also spearheaded a campaign to reduce the stigma around mental illness called Strong Moms Ask for Help mountainhomemt.org/strongmoms. So far, the Strong Moms videos on Mountain Home’s Facebook page have been viewed more than 10,000 times.

Ms. McMullan is passionate about helping high-risk families both beat the odds and change the odds. To that end, she utilizes her expertise in systems change; communications; community organizing; policy research, development, and advocacy; and evidence-based interventions including motivational interviewing, harm reduction, integrated behavioral health, and trauma-informed care.

Ms. McMullan has been a nonprofit leader since 2000, and has served on boards of directors of local, state, and national organizations working to create brighter futures. Ms. McMullan first began supporting children and families as an advocate for local and healthy food in schools. In that role, she cofounded a national FoodCorps, which has since improved nutrition for hundreds of thousands of children in more than 15 states.