Hindolo Pokawa, MA, is a ZERO TO THREE Fellow. He is Founder and Executive Director of the Sierra Leone Foundation for New Democracy (SLFND). 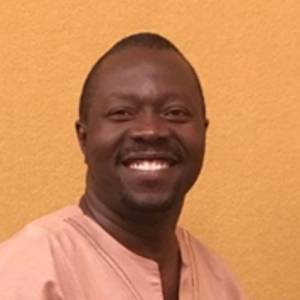 As a child in Sierra Leone, Hindolo Pokawa experienced the brutal violence, economic destruction, and social disintegration of Sierra Leone’s civil war. After finishing high school as an adult in Zimbabwe, where he fled once the war escalated, he came to the United States and earned his undergraduate degree in Political Science and Global Studies, with a Minor in African-–African American Studies, focusing on Peace and Governance. Mr. Pokawa has since completed a Master of Liberal Arts degree, for which he focused on the relationship between the mining industry and literacy in rural Sierra Leone.

Mr. Pokawa is working on a master’s in Comparative and International Development Education, where he is focused on the sustainability of educational policy and programs in countries like Sierra Leone, 70% of whose budgets are financed through foreign aid. This funding relationship brings with it conditions for aid-receiving countries’ educational, trade, and environmental policy and administration—specifically, small government and deregulation. These conditions serve donor countries’ economic interests at the expense of local communities.

Mr. Pokawa is Founder and Executive Director of the Sierra Leone Foundation for New Democracy (SLFND), which works with communities serving as protagonists in the situations they face—producers of knowledge and agents of change. Having started SLFND with the intention to build nonviolent communication and advocacy skills and infrastructure among Sierra Leone’s unemployed youth and people with disabilities, the birth and growth of his daughter led him to realize that nonviolent civic engagement manifest in public fora only if they are modeled and practiced in families and communities. Mr. Pokawa sees the ZERO TO THREE Fellowship as an opportunity for genuine partnership, a big part of SLFND’s mission and its plan for sustainability without dependence on foreign funding.