Janie Huddleston, MSE, BSE, is the Director of the National Infant-Toddler Court Program (ITCP) at ZERO TO THREE 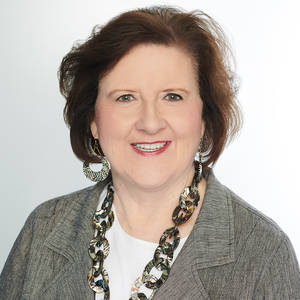 Janie Huddleston brings more than 30 years of experience with education, child welfare, Medicaid, mental health, early learning and system change to this position. She currently uses that experience and expertise to lead the National Infant-Toddler Court Program (ITCP) sites in the implementation of the Safe Babies Court Team approach in many sites across the US. This project is designed to support implementation and build knowledge of effective, collaborative court team interventions that transform child welfare systems for infants, toddlers and families.

Before this role she worked for the Arkansas Department of Human Services, in various positions including the Director of the Division of Early Care and Education, Director of the Division of Children and Family Services, Director of the Division of Behavioral Health Services and Deputy Director for the Department. There were several major milestones accomplished during her time at the department, including working with the Legislature and other key stakeholder groups to secure $120 million dollars for Pre-K education, working with Medicaid and key providers to develop a new payment process that included Episodes of Care, leading the effort to completely revise the Medicaid Mental Health Program in Arkansas that included reimbursement codes for infant mental health services for the first time, leading the effort to recertify the State Hospital with the Center for Medicare and Medicaid Services, working with Medicaid and key stakeholders to create a new program for pregnant women and juveniles who had substance abuse addiction disorders and leading the Child Welfare System Reform in the State after four children died in foster care. She was also the Legislative Coordinator for the Department and led the efforts during the sessions to pass necessary legislation.

Janie earned her Bachelor’s degree in elementary education from Henderson University and her Masters of Science degree in Biology and Elementary Administration from the University of Arkansas. She has been recognized for her advocacy efforts for children from Child Welfare League of America as well as other state organizations. After working at the Department of Human Services she decided to focus her career on promoting the health and development of infants and toddlers. Janie truly believes that when agencies understand the power of collaboration everyone, including the families they serve, has a greater chance at being successful!