Janna Wagner, EdM, is a ZERO TO THREE Fellow. She is co-founder and chief knowledge and learning officer of All Our Kin, a Connecticut-based nonprofit that trains, supports, and sustains community child care providers. 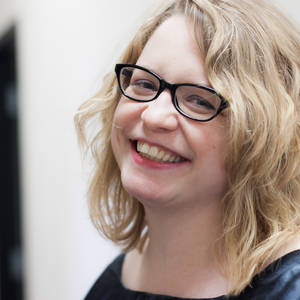 All Our Kin works to ensure that children and families have the foundation they need to succeed in school and in life. Ms. Wagner was born and raised in New Haven and attended the New Haven public schools. She holds a BA in psychology from Yale University and an EdM from Harvard Graduate School of Education. She taught in the South Bronx, and then joined the staff of the Boston Public Schools’ Center for Leadership Development before founding All Our Kin with Jessica Sager in 1999. Ms. Wagner has received numerous awards, including the Seton Elm-Ivy Award, jointly awarded by Yale University and the City of New Haven, and Miller McCune’s “Wonking Class Hero” award, and was named one of “Twelve Cool People Who Make New Haven a Great Place to Live” by The Hartford Courant. Most recently, she was honored by the Connecticut Women’s Hall of Fame. Active in the New Haven community, Ms. Wagner is an associate fellow of Jonathan Edwards College at Yale University, and founder of The Group With No Name, a social and civic organization that turns New Haven’s residents into citizens. Ms. Wagner serves as chairperson of the Ulysses S. Grant Foundation, a 61-year-old academic summer program, which brings together Yale and New Haven students on Yale’s campus. In addition, Ms. Wagner co-teaches a course on “Child Care, Society, and Public Policy” at Yale.