Jennifer Tracey is the Senior Director of Growth and Sustainability for HealthySteps. 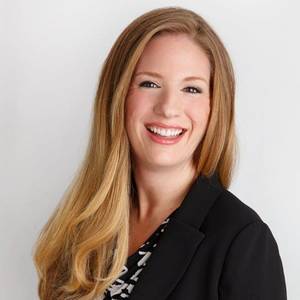 Ms. Tracey is the Senior Director of Growth and Sustainability of HealthySteps, a program of ZERO TO THREE. Since 2015, she has led National Office efforts to identify and secure long-term sustainable funding to support expansion of the HealthySteps model as well as efforts to provide funding assistance to existing sites across the country. Ms. Tracey works closely with state Medicaid agencies, Medicaid and commercial health plans, health systems, federal government agencies, and other funders to develop innovative payment methodologies for infant and early childhood mental health services and dyadic services and supports. She also works closely with stakeholders to shape state and federal policies to improve coverage and reimbursement for critical services that support the health and well-being of children and families.

Ms. Tracey also worked at the Medicaid and CHIP Payment and Access Commission where she focused on managed care policy issues and served as the Quality Lead for the Commission’s Medicaid work. Prior to joining the Commission, Ms. Tracey was a Senior Manager with the Lewin Group in the States & Payers Practice where she worked with state Medicaid agencies and health plans on program design and implementation for a variety of populations and programs. Ms. Tracey has a Bachelor of Science in Public Health and a Master of Health Administration from the University of North Carolina at Chapel Hill.