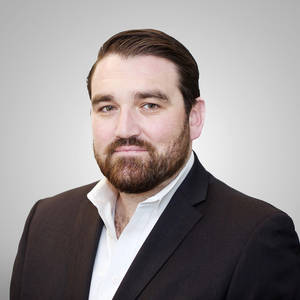 Jim Bialick is the point person on Capitol Hill and within the administration for ZERO TO THREE. His portfolio covers a broad range of issues including child welfare, paid family and medical leave, early education, infant and early childhood mental health, quality childcare, and healthcare.

Jim has more than ten years of public policy and government affairs experience. He has been involved in passage of three federal laws, 31 state laws, dozens of substantive regulatory changes, and has testified before the U.S. House of Representatives, twice.

Jim was a co-founder of the Newborn Foundation and the Newborn Coalition, action-oriented non-profits focused on education and advocacy to improve maternal and child health. In that role, Jim was a leader in the legislative campaign to mandate newborn screening for congenital heart disease. In just 18 months, these efforts increased the number of newborns screened in the United States by more than 4000%; the screening is now the standard of care for the more than four million babies born annually.

Jim also secured international funding for two major population health screening programs and was a key architect in the world’s largest pulse oximetry screening pilot program, targeting congenital heart disease, neonatal sepsis, and neonatal pneumonia in China. The program has since led to pulse oximetry screening becoming the standard of care for the more than 15 million babies born in that country per year. Jim serves as Executive Chairman of the Board of Directors for the Newborn Foundation and is on the board of the Robertson-Bialick Center for Science and Translational Public Policy.

Jim holds an MA in Government from Johns Hopkins University and a BA in Political Science from Boston University.

Before working in healthcare policy, Jim was a nationally ranked hammer thrower. He lives in Alexandria, VA, with his wife, two daughters, and two dogs.