Johanna Lister is the Director of Policy for HealthySteps, a program of ZERO TO THREE. 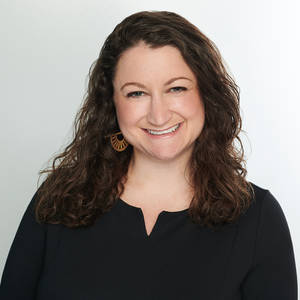 As the Director of Policy, Johanna develops and implements strategies for advising the HealthySteps network on implications of relevant policy changes at the federal and state levels. She works with the ZERO TO THREE Policy Center to advance federal policy initiatives to help better serve young children and their families. Johanna is also a member of the HealthySteps National Office Policy and Finance Team. In this role, Johanna pursues policies to support sustainable funding for HealthySteps sites across the nation. She works with stakeholders, including providers, payers and states, to promote favorable reimbursement policies to help deliver critical services to children and their families in the pediatric and family medicine setting.

Prior to joining ZERO TO THREE, Johanna was a Consultant with the Advisory Board Company. In that role, she advised large health systems on strategies for growth, expansion and market differentiation. Johanna’s career has largely centered around the intersection of Medicaid and children’s systems, including the role Medicaid plays in child welfare, special education and school-based health services and juvenile justice. Johanna has a Bachelor of Arts degree in Philosophy and Global Public Health and a Masters of Public Health from George Washington University. She also has a law degree, specializing in health law, from the University of Maryland.