Kathy Kinsner is Senior Manager of Parent Resources at ZERO TO THREE. 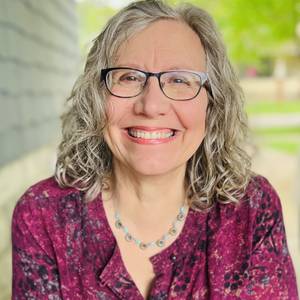 For almost four decades, Kathy has worked as an educator and creator of materials for parents, teachers, and kids. She has three Emmy Awards for her work on PBS series Reading Rainbow and an NAACP Image Award for its first primetime special. She has written/produced TV series and specials for and about children for A&E, The History Channel, and Court TV.

Kathy is passionate about early learning and literacy. She is a former reading specialist and has collaborated on several projects dedicated to improving educational outcomes for low-income children. In 2015, she consulted with the team at the Bellevue/NYU Langone Video Interaction Project (VIP) to update parent materials, produce a program manual, and formalize facilitator training for a low-cost intervention to help parents improve language and learning outcomes for their young children. Previously, she worked at Read to Me, a small non-profit providing six weekly reading workshops for families with kids under two.

As the Director of Curriculum and Instruction at Roads to Success (2005-2010), Kathy supervised the creation of 3000 pages of lesson plans and student materials for grades 7 – 12, visited classrooms to observe the program in action, and incorporated weekly feedback into annual program revisions. The program was awarded a $430,000 grant from the Bill and Melinda Gates Foundation in its fifth year of operation.

Kathy has Master’s degrees in both Education and Television, Radio, and Film. She has developed more than ten online graduate courses for educators on topics ranging from culturally responsive teaching to the Common Core. Her course on Common Core Mathematics won a Teachers’ Choice Award in 2014.

Her freelance clients include McGraw-Hill, Teaching Tolerance/Southern Poverty Law Center, Benchmark Education, and WNET. Her series of STEM lessons for the SPLC was a Revere Award finalist in 2017.

Kathy is an “alumni” mentor in the Big Brothers Big Sisters program, which she joined in 2002. She is a proud winner of the New Yorker’s weekly caption contest.

The latest from Kathy Kinsner