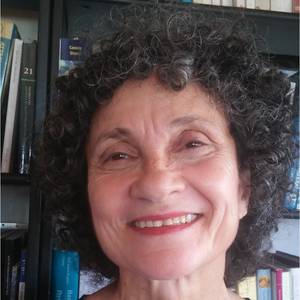 Born in Paris, France, immigrated to Israel in 1970, graduated in medicine at the Ben Gourion Medical school (1975-1981). After residency in Child and Adolescent Psychiatry and certification of the School of Psychotherapy at the Tel Aviv University Sackler Medical School, Miri Keren spent two years at Brown University (USA) for a fellowship in Infant Psychiatry (1993-1995). Since 1996, Miri Keren has been the director of the community-based infant mental health unit, affiliated to Geha Mental Health Center in Petah-Tiqwa, which was the first Community Infant Psychiatry Unit.

From 1996 to 2006, Dr. Keren supervised the Israeli national project of preschool mental health units implementation, under joint sponsorship of the Ministry of Health and Sacta-Rashi Foundation. She served as the President of the World Association of Infant Mental Health (2012-2016) and is currently on the Board as Past President and Honorary President of the Israel WAIMH Affiliate.