Miriam Calderón is the Chief Policy Officer at ZERO TO THREE. 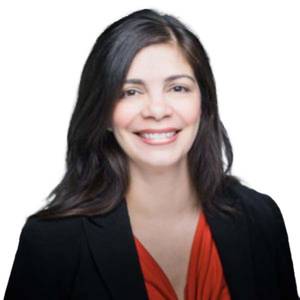 As the Chief Policy Officer, Miriam Calderón leads the development and implementation of ZERO TO THREE’s policy agenda, priorities, and strategies; oversees the Policy Center, which includes federal and state policy and advocacy; and serves as the principal spokesperson for the organization on public policy matters.

Calderón joined ZERO TO THREE after serving as a Presidential appointee in the Biden Administration in the role of deputy assistant secretary for early learning at the U.S. Department of Education. She also served as a political appointee in the Obama Administration, where she advised the White House on early learning policy at the Domestic Policy Council and at the Department of Health and Human Services. Calderón was appointed by Governor Kate Brown in 2017 to serve as the early learning system director for the state of Oregon, where she led an agency responsible for administration of child care, preschool, and home visiting programs and supports for the early childhood workforce. In this role, she oversaw implementation of the largest expansion of early childhood investments for young children and families in the state’s history.

Prior to Oregon, she served as the senior director of early learning at the Bainum Family Foundation, where she shaped a new $10 million philanthropic investment in a comprehensive birth-to-three system for the District of Columbia. She was also a senior fellow with the BUILD Initiative, leading BUILD’s work related to dual language learners and serving as a faculty member for BUILD’s Equity Leaders Action Network. Previously, Calderón served as director of early childhood education at District of Columbia Public Schools, where she oversaw Head Start and pre-kindergarten programs, including helping to implement universal pre-kindergarten. Calderón also served as associate director of education policy at the UnidosUS (formerly National Council of La Raza), a Hispanic civil rights organization, where she focused on early education policy for Latinx, immigrant, and dual language learner children.

She began her career in early childhood as a mental health consultant in Head Start programs in Portland, Oregon. Calderón holds a Bachelor of Arts degree in Sociology from the University of Delaware and a Master of Social Work degree from Portland State University.