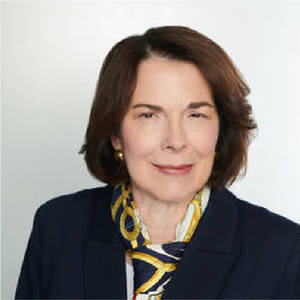 Patricia Cole leads ZERO TO THREE’s work in federal policy formulation and legislative strategies in a range of areas affecting infants and toddlers, including early care and learning, home visiting, child welfare, infant-early childhood mental health, and health care. Patty has over thirty years of experience in policy at the federal and state levels. Prior to her current position, she was a consultant on children and family policy, working with ZERO TO THREE and the National AfterSchool Association. From 1989 to 1994, she served as staff to Senator Christopher J. Dodd (D-CT), Chairman of the Senate Subcommittee on Children and Families. She was responsible for oversight of key programs and was instrumental in legislation that included two reauthorizations of Head Start and the creation of Early Head Start; reauthorizations of the Human Services Act (which included the Low-Income Home Energy Assistance and Community Services Block Grants); the Child Care and Development Block Grant; the Family and Medical Leave Act; and the Child Abuse Prevention and Treatment Act (CAPTA). Of particular note, she was responsible for conceptualizing and moving to enactment legislation including the Children of Substance Abusers Act, which included an early version of home visiting, and a Dodd initiative that was incorporated as a new title in CAPTA, the Community-Based Child Abuse Prevention program. In 1993, Patty was appointed by Secretary of Health and Human Services Donna Shalala to serve on the U.S. Department of Health and Human Services Advisory Committee on Head Start Quality and Expansion. Earlier in her career, she was a Senior Evaluator/Policy Analyst at the U.S. General Accounting Office, focusing on children and family issues and overseeing projects on welfare reform and child welfare. Patty is the principal author of ZERO TO THREE’s Policy Perspectives series and has authored or co-authored a number of articles and studies related to early care and learning policy and other issues related to children’s development.

The latest from Patricia A. Cole