Reginald S. Lourie, MD, was a child psychiatrist and pediatrician, and a Founding Member of ZERO TO THREE. 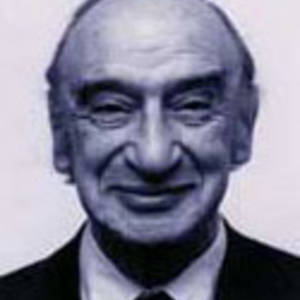 Dr. Lourie is considered a founding father of child psychiatry and infant mental health. As a faculty member at the medical schools of George Washington, Howard, and Georgetown universities, he helped train hundreds of child psychiatrists. He also was influential in teaching young pediatricians to consider mental and emotional factors in their treatment of children.

Dr. Lourie was concerned throughout his career with the prevention of mental and emotional disabilities. Understanding that sick children need to be with their parents as much as possible, he played a key role in liberalizing visiting hours for parents of hospitalized children. When he joined the staff of Children’s Hospital, parents were allowed to visit their children only one or two hours a week, on the theory that their presence would be disruptive to doctors and nurses. Dr. Lourie had that changed to the present standard, which allows parents almost unlimited visiting privileges.

Dr. Lourie had an impact on national policy and programs for children. He served as chairman of President John F. Kennedy’s Task Force on the Mental Health of Children and was on the national founding and planning committee for Head Start. Even as the Head Start program was being developed in 1964 for 4 and 5 year olds, Lourie and others pointed out that many children needed help in the earliest years of life. Several years later, Head Start’s Parent/Child Centers were created to support the development of infants and their families.

Dr. Lourie’s attention to the importance of the first three years of life and the opportunities to enhance the healthy growth of very young children and their families through preventive approaches during this period has had a major impact on clinical practice and on public policy initiatives. Professionals from a wide range of disciplines are now involved in the field of infant mental health. Pioneering organizations and initiatives such as the National Center for Clinical Infant Programs, the Regional Center for Infants and Young Children, and the Center for Successful Child Development (the “Beethoven Project”) reflect Dr. Lourie’s vision. Legislation such as the Education for the Handicapped Act Amendments of 1986, the Parental and Medical Leave Act, and the Act for Better Child Care are in keeping with Dr. Lourie’s talent for synthesizing complex developmental findings from several fields of scientific inquiry and interpreting these discoveries in a way that helps professionals and policymakers unite to improve the current and future lives of vulnerable young children.

Dr. Lourie received numerous honors for his many contributions. In December, 1987 he was presented with the Dolley Madison Award of the National Center for Clinical Infant Programs. The text of that award described Dr. Lourie as “a colleague, teacher and friend (who) possessed the uncanny ability to see through posturing, indifference and even anger to the core human need for dependency and caring; who always sees in each person the adaptive struggle for closeness and intimacy and whose legendary anecdotes and stories sculpt truths into view, transforming unsmiling doubters into grinning believers.”