Rizwan Shah, MD, is the retired Child Abuse Program Director and Emeritus Faculty at Blank Children's Hospital. Dr. Shah is a former Board Member of ZERO TO THREE. 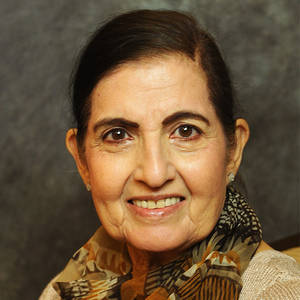 Dr. Shah established the first clinic for developmental follow up of methamphetamine-affected infants. She has taught widely on the linkage between child abuse and drug abuse. In 1999, she was one of a group of physicians to receive the Award of Merit from the Iowa Medical Society for helping to facilitate the establishment of children’s health programs in Iowa. Dr. Shah has provided professional and public training in child abuse and drugs-affected children, as well as clinical teaching in medical schools and hospitals in Iowa and nationally. Her work with drugs-exposed infants has been featured in news media and in professional publications.

Dr. Shah was awarded the Sole Source NIH grant for her work in meth-exposed infants in 1998. She participated in the multicenter prospective study “IDEAL” for developmental outcome of prenatal meth exposure. Dr Shah was the site principal investigator for National Children’s Study in Polk County, Iowa.