Samuel J. Meisels, EdD, is the founding executive director of the University of Nebraska's Buffett Early Childhood Institute. Dr. Meisels was previously a Board President of ZERO TO THREE. 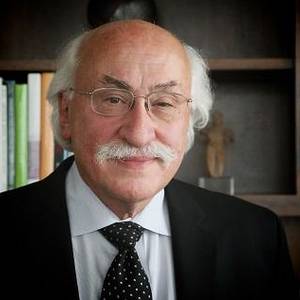 Dr. Meisels is the founding executive director of the University of Nebraska’s Buffett Early Childhood Institute. He holds the Irving and Neison Harris President’s Chair. He came to Erikson in January 2002 after 21 years at the University of Michigan, where he is now professor and research scientist emeritus. Before joining the faculty at Michigan, he was a faculty member in the Department of Child Study and director of the Eliot-Pearson Children’s School at Tufts. A former preschool, kindergarten, and first-grade teacher, he also served as senior advisor in early childhood development for the Developmental Evaluation Clinic of Boston’s Children’s Hospital. He holds a doctorate from the Harvard Graduate School of Education.

One of the nation’s leading authorities on the assessment of young children, Dr. Meisels has published over 200 articles, books, and monographs, and is co-author of the Work Sampling System, the Early Screening Inventory Revised, The Ounce Scale and The Handbook of Early Childhood Intervention. His research focuses on the development of alternative assessment strategies for young children; the impact of standardized tests on children; and developmental screening in early childhood. Recently, he completed research on the validity of The Ounce Scale, an observational assessment for birth to three-year-olds and their families.