Stanley I. Greenspan, M.D., was a child and adult psychiatrist and psychoanalyst, and a Founding Member of ZERO TO THREE. 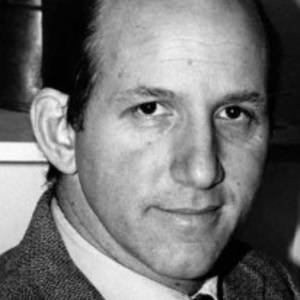 Dr. Greenspan brought his intellect, passion, drive, and energy to help conceptualize and create the multi- and trans-disciplinary “infant family field.” Central to his vision was the creation of the National Center for Clinical Infant Programs, the original name of ZERO TO THREE. In 1977 Stan convened an internationally renowned group of leaders in the fields of medicine, mental health, social science research, child development, and community leadership, including T. Berry Brazelton, Ron Lally, Bernie Levy, Selma Fraiberg, Al Solnit, Sally Provence and others, to begin to share their emerging knowledge of early development and advance the emotional health and well-being of infants and toddlers. Dr. Greenspan was elected the first President of the Board. In that capacity he helped create the Zero To Three Journal and a wide range of articles and publications on early development with and for ZERO TO THREE over the years. He was a driving force in the creation of the ZERO TO THREE’s Diagnostic Classification of Mental Health and Developmental Disorders of Infancy and Early Childhood (DC:0-3).

Dr. Greenspan was a practicing Child and Adult Psychiatrist and Psychoanalyst; Chairman of the Interdisciplinary Council on Developmental and Learning Disorders (ICDL); Clinical Professor of Psychiatry and Behavioral Sciences and Pediatrics at George Washington University Medical School; Supervising Child Psychoanalyst at the Washington Psychoanalytic Institute; and accomplished author, trainer and teacher. In addition to serving as a Board Member Emeritus of ZERO TO THREE, he was Chairman of the ICDL, which he founded with ZERO TO THREE Board member Serena Wieder; Co-Director of the Council on Human Development; Academic Faculty of the ICDL Graduate School; and Academic Faculty of the Children’s Hospital National Medical Center.

Among his innumerable contributions to the field, Dr. Greenspan was one of the world’s foremost authorities on early emotional development. He was author of more than 50 scholarly and popular books, including The First Idea, Engaging Autism, The Child with Special Needs, The Challenging Child, Building Healthy Minds, Infant and Early Childhood Mental Health, Great Kids, The Secure Child, and The Four-Thirds Solution: Solving the Child-Care Crisis in America Today. His pioneering work on diagnosis, early intervention and treatment of mental and developmental problems among infants and young children has guided countless researchers, clinicians, and parents across the country and around the world. As Chair of ZERO TO THREE’s and ICDL’s Diagnostic Classification Task Force, Dr. Greenspan was instrumental in promoting more effective mental health practice with the “zero to three” population.