Stephanie Millian was the Senior Director of Communications at ZERO TO THREE (2015-2018). 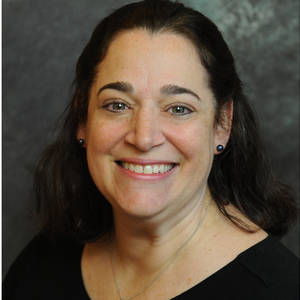 As the senior director of Communications, Stephanie directed all communication activities relating to ZERO TO THREE. This included public affairs, media relations, web content and social engagement efforts. Prior to joining ZERO TO THREE, Stephanie spent 18 years with the American Red Cross. As the Senior Director of Biomedical Communications for the American Red Cross National Headquarters, she handled national crisis communication and media relation activities for the Biomedical Services division. She often worked in conjunction with other departments to coordinate communication efforts on national campaigns and promotions and assisted the Disaster Public Affairs team during national-scope disaster responses.

Previously, Stephanie worked for an advertising agency in New York and spent several years as a news producer and occasional reporter for a CBS affiliate in Georgia. She also served as an Adjunct Professor of Mass Communication at a college outside of Boston. Stephanie graduated from the State University of New York at Binghamton with a Bachelor of Science in Business/Marketing and earned a Master of Science degree in Broadcast Journalism from Boston University.

The latest from Stephanie Millian