T. Berry Brazelton, MD, was a previous Board President and a Founding Member of ZERO TO THREE. 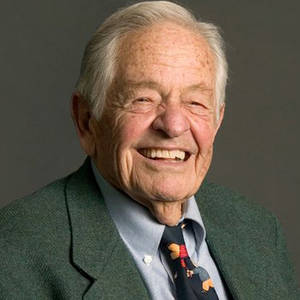 T. Berry Brazelton, M.D., is a Professor of Pediatrics, Emeritus of Harvard Medical School; a Visiting Scholar at the Child Study Center at Brown University; and Founder and President of the Brazelton Touchpoints Center at Boston Children’s Hospital in Boston, MA.

Dr. Brazelton founded the Brazelton Touchpoints Center at Boston Children’s Hospital in 1993 to mobilize communities around children and families in order to bring relationships back into healthcare and to transform child care into family care. One of Dr. Brazelton’s most notable achievements in pediatrics is his Neonatal Behavioral Assessment Scale (NBAS), an evaluation tool used worldwide to assess not only the physical and neurological responses of newborns, but also their emotional well-being and individual differences.

The author of more than 200 scientific papers and chapters, and 40 books, Dr. Brazelton is considered to be one of the foremost authorities on pediatrics and child development. As a parent advocate, he has frequently appeared before Congressional committees in support of parental and medical leave bills and was appointed to the National Commission on Children in l989.

Dr. Brazelton has been cited in numerous publications and educational television programs for parents, all of which earned him the title, “America’s Pediatrician.” Dr. Brazelton also wrote regularly for The New York Times and Family Circle Magazine, and developed a three part series of home videos entitled Touchpoints.

Harvard University Medical School has endowed a Brazelton Chair. Dr. Brazelton is the recipient of the Gold Medal for Excellence in Clinical Medicine, from the Association of the Alumni, College of Physicians and Surgeons of Columbia University. In 2000, he was honored as a Living Legend by the United States Library of Congress.

In 2016, Dr. Brazelton was presented with the ZERO TO THREE Lifetime Achievement Award.