Vibhay Raykar, MD, is a ZERO TO THREE Fellow. He is a child and youth psychiatrist and clinical director of the Child and Youth Mental Health Service (CYMHS) program at Goulburn Valley (GV) Health, a large regional hospital, located in Shepparton, Victoria, Australia. 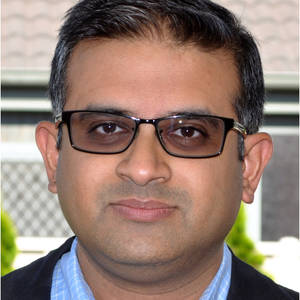 Dr. Raykar has been in this role since July 2014 and has been working as a child and youth psychiatrist at GV Health since February 2011. He is also an honorary fellow at the Rural Health Academic Centre, University of Melbourne. Dr. Raykar completed his medical and basic psychiatry training at the University of Mumbai, India. He travelled to the UK to pursue specialist training in child psychiatry and obtained the Membership of the Royal College of Psychiatrists, UK. He moved to Australia in 2008 and is a member of the Faculty of Child and Adolescent Psychiatrists and a fellow of the Royal Australian and New Zealand College of Psychiatrists. He trained in infant mental health at the Royal Children’s Hospital, Melbourne, and has been instrumental in setting up an infant mental health team within the CYMHS program at GV Health. He works with infants, children, adolescents, and parents with mental illnesses in a culturally diverse rural setting with considerable social disadvantage and a large immigrant population. His other interests include service and staff development, psychotherapy, and personality disorders. He brings with him a wealth of experience working in both rural and urban settings of three diverse health systems namely India, UK, and Australia. He is passionate about his work and loves travel, photography, and cycling.