Are there critical periods in the development of every brain function?

Probably not. In the case of visual development, certain abilities are more at-risk than others when a young child's vision is impaired by eye-crossing or other visual problems (such as congenital cataracts). 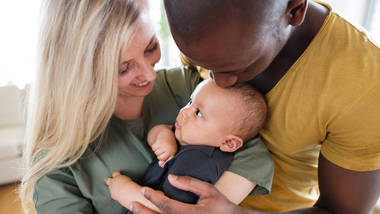 Thus, two visual abilities–acuity (the perception of fine detail) and binocularity (the coordinated use of both eyes), which is especially important for depth perception–do depend on normal visual experience as a child, whereas two other visual abilities–color and peripheral vision–are not impaired by visual problems in early life. A similar distinction holds for language development: certain skills (including grammar and phonology–the ability to perceive and produce individual speech sounds) are more sensitive than others (such as vocabulary size) to a child’s experience with language in the first few years of life.

We know much less about the development of other mental skills, such as emotional functioning, mathematical ability, or musical skill. If their development is comparable to vision and language, we may expect that some features will be subject to a critical period while others are not. One musical skill known as “perfect pitch”–the ability to identify a musical note without reference to a tuning note–seems to develop only in musicians who began their training before the age of seven (and then, not in all professional musicians). Similarly, a child’s social-emotional development depends on a positive, nurturing attachment to a primary caregiver, based on the higher frequency of serious behavioral problems among children who were severely neglected during the first year or more of life, (such as the thousands of Romanian children reared in state-run orphanages). Comparable problems emerge among monkeys who are reared in isolation, and neuroscientists are beginning to understand how the lack of attachment in infancy alters development of emotional areas of the primate brain.