Research shows that children with engaged fathers are more likely to be emotionally secure, confident, and have better social connections as they grow. And today’s dads are eager and committed to being very present and highly involved with their children, and to do the best job possible supporting their development. How can policymakers ensure that children are able to reap the immense benefits of having an engaged father in their lives?

The Benefits of Engaged Fathers 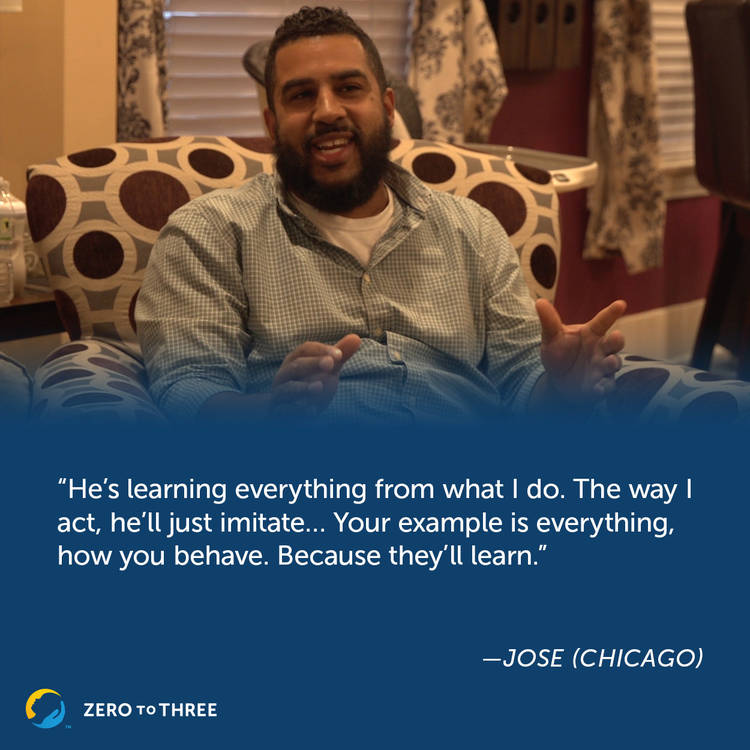 The benefits of engaged fathers are clear.

Because infants and toddlers almost always reside with their mothers, regardless of where their fathers reside, programs seeking to boost early development and learning tend to be more oriented toward mothers. While some programs include fathers to a degree, most are designed without an expectation that most fathers will participate. Programs face barriers to engaging fathers, such as fathers not residing with their children, increased logistical issues, and relationships with the child’s mother that hamper co-parenting. Especially in home-based services, domestic violence is a very real consideration, so programs must be able to approach whole family engagement on a case-by-case basis.

Yet, we know that—despite stereotypes to the contrary—fathers want to be and often are involved in their children’s lives. Tuning In: Parents of Young Children Tell Us What They Think, Know and Need, a comprehensive research effort by ZERO TO THREE and the Bezos Family Foundation that examined parenthood from the perspective of Millennial and Generation X parents, found that the vast majority of dads across all demographic segments are passionate about the positive role that fatherhood plays in their lives.x Fatherhood initiatives, such as those through the Department of Health and Human Services Responsible Fatherhood grants, support activities that help fathers improve their relationships with partners and/or the mothers of their children and help them become better parents. But large early childhood development programs, as well as national family-friendly policies, have the potential for a much greater reach—but only if they infuse a recognition of the essential involvement of fathers into basic program culture. The following discussion examines several ways public policy could bring dads into sharper focus in the early development picture. 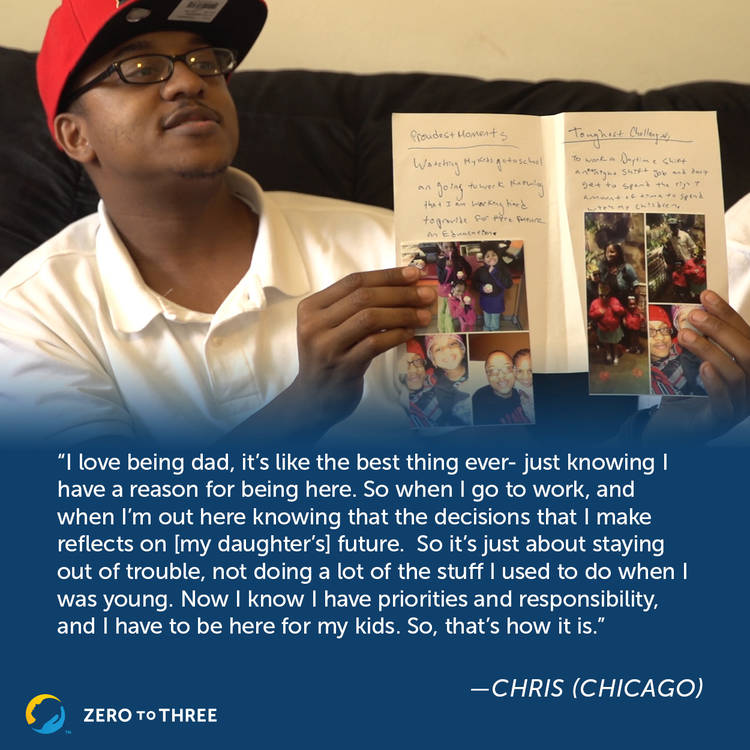 Since 1965, fathers in the United States have nearly tripled the time they spend caring for children, and working fathers are now just as likely as working mothers to say they find it “very” or “somewhat” difficult to manage work and family responsibilities.xi Despite these changes, most men do not have access to leave that would allow them to take time away from work after the birth or adoption of a baby.

Studies of two parent, opposite-sex households show that fathers who take two or more weeks off after the birth of a child are more involved in that child’s direct care nine months after birth than fathers who take no leave.xvii

Involved fathers also promote children’s educational attainment and emotional stability.xviiiAnd a father’s involvement in his newborn’s care in the first six months can mean both mother and baby sleep better.xix

Paid family leave that extends to fathers as well as mothers helps give dads the time and space to become attuned to their babies’ cues, in addition to relieving stress on the mother by having the other parent present. Legislation such The Family and Medical Insurance Leave Act, or FAMILY Act, would create a national insurance program that would support workers, their families, and businesses. The FAMILY Act would:

In addition, the Military Parental Leave Modernization Act would integrate each of the military Services branches’ adoption, paternity, and maternity leave policies into a single parental leave policy that is consistent and equitable. It would provide up to 12 weeks of parental leave for all Service members, including foster and adoptive parents who often have been treated as less deserving under previous policies. Currently, male Service members only get 10 days of paid paternity leave at the commander’s discretion. In addition, newly adoptive parents are granted three weeks of leave for only one parent, and Service members who foster parent are given non-chargeable leave. 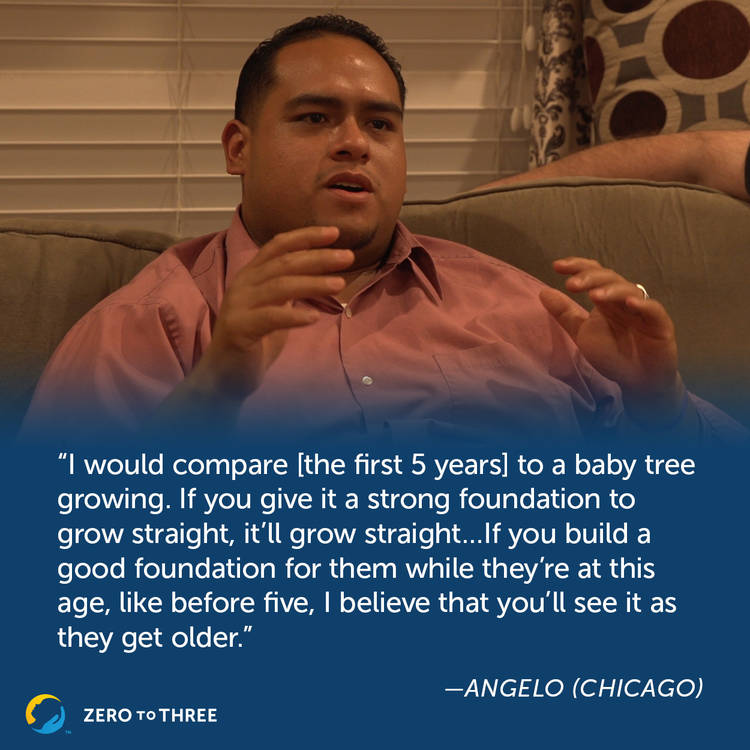 Early Head Start (EHS) is the infant-toddler portion of the Head Start program, serving pregnant women and families with children under age 3 with incomes below the poverty line. EHS works with fathers as well as mothers, more often when the biological father is present in the home. Head Start has a long history of acknowledging that male family members and father figures are important contributors to the school readiness of children and to the well-being of families. Head Start and EHS programs consistently engage fathers as advocates, lifelong educators, and first teachers of their children. Programs also engage fathers in developing their own skills and interests and in achieving their personal goals. Nearly all EHS programs invite fathers to participate. However, fathers are rarely included in the family needs assessment and few programs are designed with the expectation that fathers should and will participate.xx Efforts within Head Start to promote father involvement have been able to significantly increase father participation.

Findings from the National Early Head Start Research and Evaluation project, a rigorous Congressionally-mandated study, indicate that the program had modest but positive impacts on EHS children at age three in cognitive, language, and social-emotional development, compared to a control group.xxiii In addition, their parents scored higher than control group parents on such aspects of the home environment as parenting behavior and knowledge of infant-toddler development.

Research showing the important impact of fathers on children’s development makes a strong case for emphasizing outreach to ensure greater father participation in EHS. While programs receive resources to implement special projects to increase father participation, these efforts may not be sustainable. Future EHS policy should consider how best to infuse a culture of engaging fathers into EHS as well as providing adequate resources so programs have the means to do so. 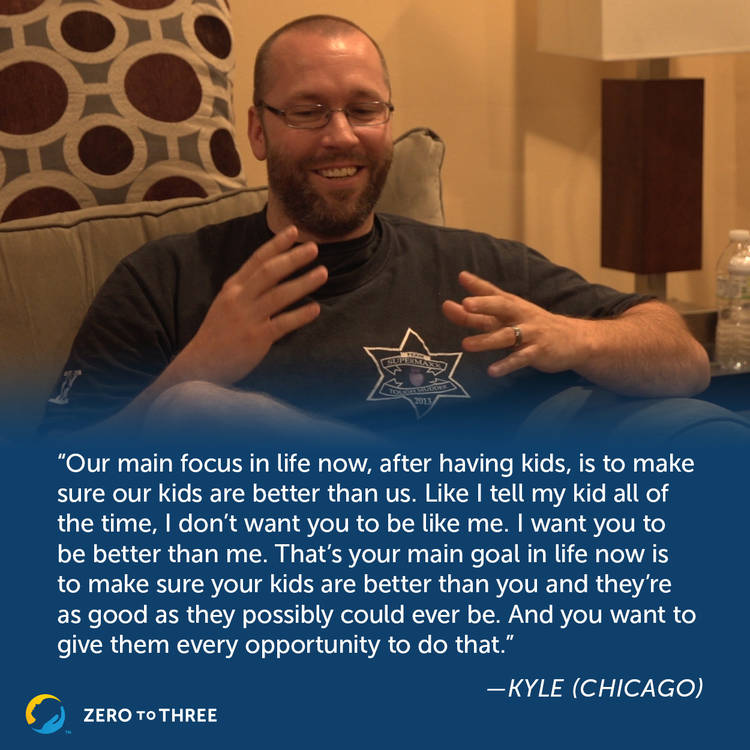 Often when we think of home visiting programs, we picture visits to a new mom. This is because we think of mothers as being central to the child’s development. But, of course, fathers also have a direct impact on the economic, social, behavioral, cognitive, and academic well-being of children. Recent research provides strong evidence for inclusion of fathers in home visiting programs, and many of these programs do reach out to and engage fathers. Including fathers in home visiting programs is not only good for young children, it is an opportunity to positively impact the health and well-being of new fathers.

A study of five home visiting programs with different approaches to engaging fathers found there is little guidance for programs to follow. Some programs, while focused primarily on mothers, sought to have fathers also participate in home visits; others set up separate home visits for the fathers. All programs offered other activities for fathers, including peer support groups.xxviii Some of the findings include:

Home visiting programs can be an avenue to engage fathers in children’s lives early on, but doing so requires both changes in program culture, as well as great sensitivity to family situations. These are programs mostly geared toward mothers; for example, the federal funding stream is named the Maternal, Infant, and Early Childhood Home Visiting (MIECHV) program. Yet, MIECHV also involves families with multiple risk factors, which can include domestic violence, so sensitivity to individual families’ circumstances must be incorporated. Home visitors may not be comfortable working with fathers, so special training and/or fatherhood staff may be needed. There is real promise in intentional efforts to draw fathers, as well as moms, into the process of recognizing the significant power they have to shape their children’s lives. Policy considerations include training and technical assistance for states and local programs; more research on curriculum models for fathers; sharing best practices on peer support groups; and resources for infrastructure to support after-hours visits and activities. One approach to increase resource efficiency would be to pair home visiting programs with Responsible Fatherhood initiatives.

While the involvement of fathers and paternal family members is critical to a child’s growth and development, historically, child welfare agencies have not been effective in involving fathers in the family work that is needed to achieve safety, permanency, and well-being. Increasingly, agencies are focusing on ways to engage and involve fathers and paternal family members, creating greater opportunities for them to be connected in important ways that benefit their children.

Child welfare agencies should be prompted to use a developmental approach to services for young children, including adopting practices and policies that are intentional in involving all parents where appropriate and safe. States need guidance and best practices on engaging fathers in activities to promote positive parenting and support the child’s development, as well as considering fathers or paternal families as possible placements for children entering foster care.

Explore more from The Daddy Factor