“He will never know a life like this again…” 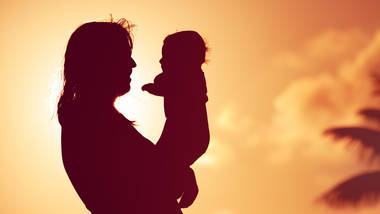 “Denise” and “Shayna” were the best of friends. After being arrested at the same time for possession of drugs with intent to deliver, along with charges of prostitution, their children went into the foster care system together. While Denise opted out of participating in the Safe Babies Court Team approach, Shayna decided to take a chance…

Every six minutes an infant or toddler is removed from home due to alleged abuse or neglect and then placed in foster care. Due to separation from the world they know and potential longevity in the system, this experience may be harmful to their development.

ZERO TO THREE’s Safe Babies Court Team approach transforms child welfare practice by supporting positive child well-being using the science of early childhood development. This approach connects babies and their families with the support and services they need to promote healthy child development, while at the same time ensuring speedier exits from the system.

Shayna grew up in the foster care system. She was introduced to drugs at the age of 14 and involved in several violent relationships. Shayna was still quite young when she had her first child. Without a strong foundation in parenting or in making quality life-choices, she had a difficult time.

During the Safe Babies Court Team processes, Shayna’s mother said she intended to take the steps necessary to obtain custody of Shayna’s little boy. But throughout the course of the process, Shayna’s mother realized the toll growing up in these circumstances had taken on her daughter. When she saw Shayna working through her own trauma and obtaining necessary skills in parenting, she backed off. About half way through the case, Shayna saw her son for the first time. And it was then that she vowed never to let him know a life like this again.

ZERO TO THREE’s Safe Babies Court Team sites use an approach called Guided Interaction for Family Time to enhance the contact time parents have with their child. Trained “visit coaches” help parents understand the delays associated with trauma and how to appropriately interact with their children under these circumstances. These parents need coaching that can build on their own internal family strengths as well as engage them in planning and leading the time with their children in order for the visits to be as meaningful as possible. It helped changed the course for Shayna and her son.

Coincidentally, Shayna and Denise both ended up giving birth again within weeks of each other. While Denise’s rights were terminated and her second baby also went into foster care, Shayna moved on in a different direction. She married the father of her second baby, and is currently employed and attending school at the same time. Through the Safe Babies Court Team approach, and sheer will and determination, Shayna completed the program and was reunified with her son. In the process, she restored her relationship with her biological grandparents, and now has a wonderful support system in place to help her care for both kids.

The first three years of life represent the most critical phase of brain development. It is during the first 36 months that the foundation is being laid for how a child perceives the world around him or her: is it a safe encouraging setting where the child is surrounded by loving adults and has every opportunity to become a happy child and a curious learner? Or is it a dangerous and hostile territory where adults cannot be relied on to respond appropriately to the child’s needs?

The Safe Babies Court Team approach changes local child welfare practice and systems to improve outcomes for children and their families, and to prevent future court involvement in the lives of young children.

Families who participate in a Safe Babies Court Team are embraced by a team and given targeted and timely services. Adults feel valued as individuals and as parents while they learn how to support the healthy development of their children. Results show that children are reaching permanency two to three times faster than infants and toddlers in the general foster care population. Almost two-thirds of them find permanent homes with members of their families while only one-third of infants and toddlers in the general population exit foster care to family members.