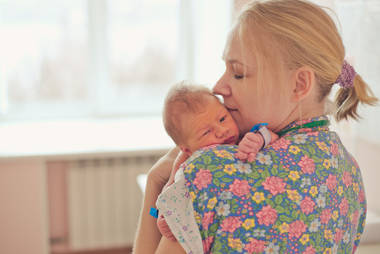 The law, set to go into effect in 2020, provides eligible workers with up to 12 weeks of paid time off for the birth, fostering, or adoption of a child or to care for their own or a family member’s serious medical condition. Workers can take a combination of up to 16 weeks of paid leave in a year, plus another two for complicated pregnancies. Recognizing that low-income workers may not be able to take advantage of paid leave if only a fraction of their income is covered, Washington designed a progressive financing mechanism for the new program. Workers earning less than half of the state’s weekly average ($1,133 in 2016) will receive 90% of their income, up to $1,000 per week. The program will be funded through a combination of worker and employer contributions to a state-run insurance fund. Companies with fewer than 50 employees are exempt from paying the employer-share, though their employees’ contribution is the same. California, New Jersey, New York, Rhode Island, the District of Columbia, Massachusetts, Connecticut, and Oregon have also passed state paid family leave laws.