Parents of children under age two in Alaska obtain vital information about how they can support their children’s healthy development and early learning at Babies on Track premiere events that took place across the state in early 2012. 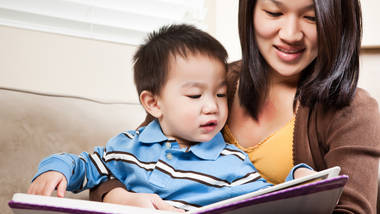 Babies on Track includes two board books and a 14-minute DVD that depicts Alaskan families interacting with babies in ways that help them learn language, sounds, and social skills.

The fundamental principle behind Babies on Track is that the baby brain grows more in its earliest years before 3 years old than at any other time in human life. It’s also the time when language is taking shape in babies’ brains. Talking, conversation, singing, and other forms of interaction are critical in this period.

The books included in the set were created especially for Alaska families:

The video introduces a simple model to guide interactions with young children:

Over 8,000 DVD sets have been distributed across Alaska since 2012. More than 4,000 were given out during 167 Babies on Track premieres in 80 Alaska communities in spring 2012. The rest went out to parents and families, librarians and teachers, and other partners in learning around the state. The following list includes some examples of how the DVD was distributed and used throughout the state:

The Babies on Track DVD was produced by Best Beginnings, a public-private partnership focused on early childhood. The DVD was supported by contributions from the Alaska Department of Education & Early Development and Alyeska Pipeline Service Company. Additional funding from the Alaska Children’s Trust, The CIRI Foundation, and ConocoPhillips Alaska supported production of the board books that were distributed with the DVD.