Grandparents speak out on being caregivers for young grandchildren

WASHINGTON, D.C. — Grandparents are a cornerstone of care for preschool children in the United States and recent focus groups conducted by ZERO TO THREE indicate they have a lot to say about taking care of very young children. 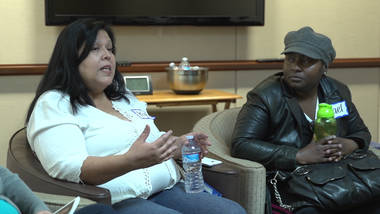 “Grandparents represent a significant population of adults who have the opportunity to teach and nurture young children during the critical first five years of life,” said Rebecca Parlakian, senior director of programs for ZERO TO THREE.

Thanks to support from the David and Lucile Packard Foundation, ZERO TO THREE was able to conduct three focus groups to hear directly from grandparents about the challenges and benefits they find in their roles as caregivers to their grandkids.

“These focus groups were designed to explore the benefits and challenges associated with having grandparents look after preschool children while parents work or attend school,” said Parlakian. Participants were grandparents who provide at least 15 hours of weekly care for grandchildren from birth to age 5.

“We heard loud and clear that grandparents want to be good caregivers, so ZERO TO THREE has developed a number of resources for grandparents and those who serve them,” said Parlakian.

ZERO TO THREE resources for grandparents can be found at zerotothree.org/grandparents. These materials share the voices of grandparents in their own words and also highlight the latest research on what has changed and what has stayed the same when it comes to hot topics like safe sleep, conflict-free mealtimes, limit-setting without spanking, and making the most of everyday moments.

ZERO TO THREE encourages parents and grandparents to add their voices to the conversation about grandparents as caregivers by sharing stories and engaging with others on Facebook and Twitter using #GrandparentsCare.

About ZERO TO THREE ZERO TO THREE works to ensure all babies and toddlers benefit from the family and community connections critical to their well-being and development. Since 1977, the organization has advanced the proven power of nurturing relationships by transforming the science of early childhood into helpful resources, practical tools and responsive policies for millions of parents, professionals and policymakers. For more information, and to learn how to become a ZERO TO THREE member, please visit zerotothree.org, facebook.com/ZEROTOTHREE or follow @ZEROTOTHREE on Twitter.