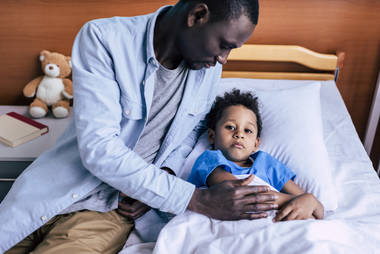 The law, which went into effect on January 1, 2012, requires businesses with 50 or more employees to provide certain workers with one hour of paid sick leave for every 40 hours worked. To accrue the benefit, employees must be classified as service workers and have worked at least ten hours per week during the previous quarter. Leave can be taken if the worker is ill or injured, or for the worker to care for a sick child or spouse. Employers who already offered at least five days of paid time off a year were not affected by the new law. Manufacturers and some nonprofit organizations are also exempt.