Despite a year when vital services and programs for babies and their families were under continual threat, infant-toddler advocates have been instrumental in getting lawmakers to #ThinkBabies. Here are ten Policy and Advocacy Achievements for Babies in 2017! 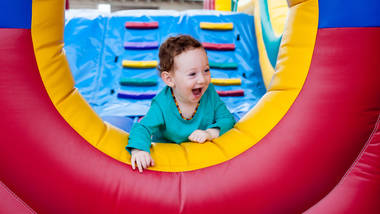 Families across the country should be buoyed by some good news for babies as they head into the New Year!

Very young children and their families faced herculean threats this year, with vital programs that give babies the support they need to succeed continually put at risk. In Washington, D.C. and in state capitals across the country, infant-toddler advocates have been instrumental in fighting to protect these programs and urging their policymakers to #ThinkBabies. As those threats continue into the new year, ZERO TO THREE will remain steadfast in urging policymakers to invest in the health and well-being of America’s babies - our future.

Despite these challenges, infant-toddler advocates also have cause for celebration. Thanks to your hard work and commitment, families across the country should be buoyed by some good news for babies as they head into the New Year!

Together, we celebrate the following 2017 Policy and Advocacy Achievements for Babies:

While we celebrate every victory, we know that babies and their families will again be under formidable threat in 2018. We will need your expertise and your advocacy! Together, we will do everything we can to protect America’s future and make sure our policymakers #ThinkBabies!

What were your victories for babies in 2017? Let us know on Twitter or Facebook using the hashtag #ThinkBabies!

Babies don’t have a voice, but you do! Be a Big Voice for Little Kids™ and Join the ZERO TO THREE Policy Network for news and updates on how to get involved.