Paid Leave for a Strong Economy Today and Tomorrow

If we want to help hard working families and boost our country’s economic stability and productivity, we must pass a national paid family leave program. 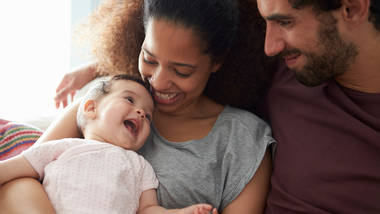 Positive, consistent relationships during babies’ earliest days result in individuals who are better equipped for success in school and in life. Paid leave is a proven engine of economic growth that gives workers—and their babies—the best chance for success.

By Matthew Melmed, Executive Director of ZERO TO THREE. *Originally published in the Huffington Post.

For nearly 25 years, some American workers have had the comfort of being able to take leave from work to care for a new baby, a sick family member, or when they become sick themselves, without worrying about losing their jobs. The anniversary of the signing of the Family and Medical Leave Act this month is an opportunity to reflect on the crucial job protection this law provides. But we would be remiss to celebrate this anniversary without also recognizing the law’s significant shortcomings. FMLA does not benefit many American workers—40 percent of the workforce is ineligible—and millions of workers cannot afford to take the unpaid leave it provides.

Where do we go next? If we want to help hard working families and boost our country’s economic stability and productivity, we must pass a national paid family leave program, such as that proposed in the Family and Medical Insurance Leave Act. In the United States, 62 percent of mothers with infants are in the workforce. Economically, those parents are doubly important; they are today’s current workers and they play a crucial role raising the country’s next generation of workers, thinkers and leaders. Paid leave nurtures both today’s workforce and tomorrow’s.

Each year, about 4 million babies are born in the United States and 135,000 children are adopted, introducing new relationships, roles, tasks and costs into a family. Paid leave offers parents crucial job and financial security so that they can take the time to recover, adjust, and bond with their child in ways that support a productive transition back to work, and that allow workers to focus once they return.

But more importantly, paid leave pays off for our future workforce. What a baby learns in the first weeks and months of life shape the architecture of the developing brain. While many parents recognize that newborns’ brains are developing early, a recent study conducted by ZERO TO THREE and the Bezos Family Foundation found that parents consistently underestimate just how early children can be affected by critical experiences. Babies’ brains are building important connections from day one and are influenced most significantly by the everyday moments they experience with parents and caregivers—well before their first birthdays. Research also shows the particular benefits when fathers are able to take leave with a new baby, making them more likely to be involved in that child’s care, which boosts children’s educational attainment and emotional stability. Positive, consistent relationships during babies’ earliest days result in individuals who are better equipped for success in school and in life—paving the way for bigger returns down the road, including a higher-quality workforce and strong economic growth.

Despite the evidence that paid leave benefits families and the economy, just 13 percent of the workforce receives paid leave through their employers. Less than 40 percent of women have personal medical leave through an employer-provided disability program, which provides partial pay to women recovering from pregnancy and childbirth. The percentage of employers providing fully-paid maternity leave through a disability program fell from 16 percent in 2008 to just 9 percent in 2014, leaving most working moms and dads without access to paid leave. California, Rhode Island, Washington, New Jersey and Washington, D.C. have all passed state paid leave laws that recognize the benefits that paid leave will have on their workforce. A national paid family leave policy would provide job security and reliable income for families, no matter where they live.

Paid leave also helps our country to save money now. When parents can take time off to attend to a child’s early medical needs, infant mortality and the occurrence and length of childhood illnesses are reduced, which in turn lowers private and public health expenditures. Furthermore, parents who can spend more time with their children in the first months of life are in a position to be wiser consumers of quality child care when they go back to work, giving them the time to search for child care that meets the unique needs of their family. This results in greater productivity when the parents return to their jobs after leave because they have the confidence their child is thriving in a safe and quality environment.

Paid leave is a proven engine of economic stability and growth that gives workers—and their babies—the best chance for success. Now is the time to expand paid leave across all communities. For today and tomorrow, it is a solution we simply can’t afford to ignore.