As FMLA celebrates its 25th anniversary, it's time for American workers to have a guarantee of paid family and medical leave. 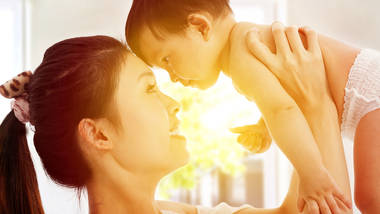 A baby’s brain creates one million neural connections every second during the first year of life. Paid leave gives these growing brains exactly what they need—time with their parent to feel loved, safe and connected. This critical relationship allows babies to focus on what’s most important: building as many of these millions of neural connections as they can.

When Rachel and David started their family, each of them had reliable work and made a solid income. Rachel had been a family lawyer at the same firm for seven years, and David was a financial planner with a well-respected consulting agency. But as they prepared to welcome their first baby, they were stressed. While David was likely eligible for benefits through the Family and Medical Leave Act (FMLA), it only provided unpaid leave. The steep cost of raising children meant foregoing a good portion of their income after their baby was born, and didn’t make financial sense, even for a short time. Rachel was grateful that she was due in mid-December, so she could capitalize on the holidays and use vacation and sick leave to cover the costs of taking time off to be with their baby. Her boss gave her all the paid time off she could afford. Altogether, Rachel cobbled together about 7 weeks of paid leave to recover from what turned out to be a difficult birth and get to know her sweet new baby. David took a week off to be with his baby girl.

As FMLA celebrates its 25th anniversary, American workers still don’t have a guarantee of paid family and medical leave. Just like Rachel and David, millions of parents across the country must make the stressful choice between time with their newborn or newly adopted baby and the economic security of a paycheck they can’t do without. The U.S. remains the only industrialized nation that doesn’t guarantee that workers can count on a paycheck while taking time off for critical family caregiving needs. The FMLA anniversary is a clear reminder that we have 25 years’ worth of unfinished business to take care of. Nearly 60 percent of the workforce is currently missing out even on FMLA’s benefits because they are not eligible, and millions of workers cannot afford to take the unpaid leave it provides. It’s high time for Congress to pass the Family and Medical Insurance Leave (FAMILY) Act, creating a sustainable, affordable, inclusive national paid family and medical leave program that provides security for American families.

The years of research on the benefits of paid leave for babies, families, and communities is indisputable. In fact, a baby’s brain produces one million new neural connections every second during the first year of life, acquiring the ability to think, speak, learn, and reason. These early brain connections form the foundation for all learning and relationships that follow. For newborn or newly adopted babies, thrust into a completely unknown environment and able to make sense of it only through caretakers they learn to trust, paid leave means time to be the focus of unhurried attention that helps them build the circuits to navigate a strange, new world.

Eighty-two percent of 2016 voters – across party lines – say it is important for the President and Congress to consider a paid family and medical leave law. But currently where you live largely determines what guarantees you have, as states and communities lead the way. Five states and the District of Columbia have all passed state paid leave laws, providing a strong body of evidence upon which to build a robust federal policy. Data from states with paid leave show health and economic benefits, as well as strong levels of support from employers.

Twenty-five years is too long to wait to fulfill the promise of the FMLA. It is time for Congress to stand up for hard-working families, businesses, and the economy by supporting the FAMILY Act.