Thanks to a $2.2 million grant, thousands of South Dakota children will have increased access to mental health services including prevention, early identification and early intervention. 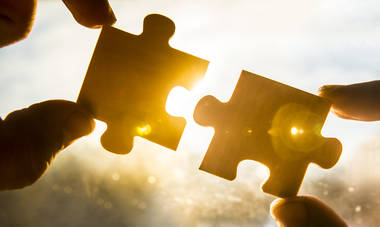 Thanks to a $2.2 million grant, thousands of South Dakota children will have increased access to mental health services including prevention, early identification and early intervention. The five-year grant was awarded in 2018 to a new initiative in the State called the South Dakota Early Childhood Mental Health Collaborative. Funding from the grant will be used for experts and licensed therapists to work together to identify and treat children from birth through age five.

Thousands of South Dakota children who qualify for treatment have been going untreated by the state’s network community mental health centers. It has been estimated that the number of children who both needed and qualified for treatment was more than twice the number of children receiving help. Through a first-of-its-kind partnership, the state will be addressing this need and treating many more children that qualify for services. Joining the effort are South Dakota State University-Extension, the state’s Head Start program, and Southeastern Behavioral Health. Through the grant, South Eastern Behavioral Health and South Dakota State University-Extension will broaden their outreach with Inter-Lakes Community Action Partnership Head Start, which serves 14 counties in eastern South Dakota. Among the 14 counties, 10 have been identified as mental health shortage areas and 13 have medically under-served communities.

Through continued partnership and coordination, the state will further ensure that children and families in the rural areas of South Dakota have increased access to mental health services.