Three more states have taken steps toward ensuring that families have adequate, unhurried time to create positive, consistent relationships with their babies. Time with infants during their earliest days, weeks, and months results in children who are better equipped for success in school and in life. 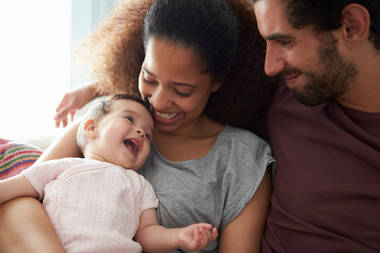 On June 25, 2019, Connecticut Governor Ned Lamont signed the state’s new paid family and medical leave bill into law. The program will be financed by a payroll tax on workers of one-half of one percent and will provide up to 12 weeks of replacement wages. The benefit will be payable on a sliding scale up to a maximum of 95 percent for minimum-wage earners and capped at $900 a week. The new tax takes effect in January 2021.

On July 1, 2019, Governor Kate Brown of Oregon signed the first paid family and medical leave plan to offer low-income workers 100 percent wage replacement. Under the plan, wage replacement decreases as average weekly income increases. Both employees and employers will contribute, and all workers who make more than $1,000 a year will be eligible for the 12 weeks of paid leave for family or medical reasons.

Finally, Governor Gavin Newson of California signed a bill last month that will extend paid family and medical leave in the state from six to eight weeks, beginning July 1, 2020. California was the first state to create a paid leave program.

Connecticut and Oregon join California, as well as Massachusetts, Rhode Island, New Jersey, New York, Washington State and Washington, D.C. in launching this crucial benefit for families. ZERO TO THREE congratulates the advocates from each state who made these actions happen.