In prison, jails, and detention centers, the United States incarcerates more people than any other country, and most of these individuals are parents. As a result, early care and intervention professionals are likely to encounter infants and young children affected by parental incarceration. This article will review the scope of the problem, the effects on children, and discuss how providers can best help young children by being aware of their own bias, recognizing and supporting resilience, responding sensitively, knowing and sharing resources, and advocating as appropriate.

The United States is a world leader in mass incarceration, with approximately 2.1 million people confined in the nation’s prisons and jails and 1 of 38 adults under some form of correctional control in 2016 (Kaeble & Cowhig, 2018). Because most incarcerated individuals are parents, significant numbers of American children are at risk to experience parental incarceration (Mumola, 2000). Although data have been challenging to access and interpret, most scholars estimate that more than 2.5 million U.S. children currently have a parent in prison or jail (Sykes & Pettit, 2014) and as many as 5 to 8 million children have experienced parental incarceration within their lifetimes (Glaze & Maruschak, 2008). Documentation of the actual numbers of young children affected by parental incarceration is inconsistent and varied at best (Poehlmann-Tynan & Arditti, 2018). However, on the basis of the available information compiled by the Bureau of Justice, it is estimated that about 22% of children with an incarcerated parent in state and federal prisons are under 4 years old (Glaze & Maruschak, 2008). This figure excludes children whose parent(s) may be confined in local jails, held in detention centers, and those under correctional control related to probation, for example. In the U.S. population as a whole, 5% of all U.S. children younger than 5 years have experienced parental incarceration (Murphey & Cooper, 2015).

The risk of experiencing parental incarceration is not evenly distributed. Incarceration can be seen as both stemming from risks (e.g., poverty, minority status) and leading to other risks (e.g., stigma, reduction in family income) for incarcerated per-sons and their families. Minority status increases the likelihood that a child will experience parental incarceration. According to Gramlich (2019), African Americans’ rate of incarceration (33%) is more than double what would be expected by their representation in the overall population (12%). The opposite is true of White Americans, who represent more than 60% of the population and 30% of those who are incarcerated. Racial disparities in prison populations extend to children. For example, by the time children born in 1990 reached 14 years old, 1 in 4 Black children had a father in prison compared to less than 1 in 25 White children (Wildeman, 2009). 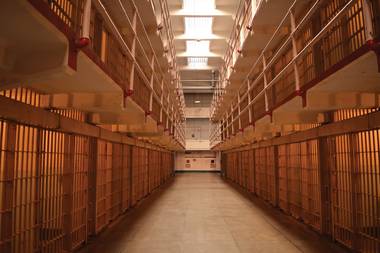 The United States is a world leader in mass incarceration, with approximately 2.1 million people confined in the nation’s prisons and jails.