ZERO TO THREE joins the nationwide early childhood community in mourning the passing of J. Ronald Lally, EdD. Dr. Lally was the last living founder of ZERO TO THREE and had remained actively involved in the organization for more than 40 years, most recently as a Director Emeritus. 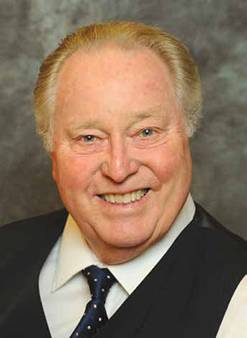 Dr. Lally was one of the pioneers in the field of infant–toddler development. In 1968 he received his doctorate in educational psychology with a focus on infancy from the University of Florida and a post-doctoral certificate for infant testing from the Child Development Research Centre in London. While at Florida, he directed one of the first home visiting programs for infants in the United States. For many years he was a professor at Syracuse University and chair of its Department of Child and Family Studies. There he ran the Syracuse University Family Development Research Program, a longitudinal study of the impact of early intervention on low-income children. Part of that study was the operation of the Syracuse University Children’s Center, the first federally funded infant care center in the country. He was the executive producer of 21 infant–toddler training DVDs published by PITC. The DVDs and accompanying print materials of the program are the most widely distributed infant–toddler caregiver training materials in the country. Dr. Lally served on the Health and Human Services Advisory Committee that developed the national initiative Early Head Start. He received WestEd’s Distinguished Achievement Award in 2016.

Matthew Melmed, executive director of ZERO TO THREE, stated, “I first met Ron 25 years ago, when he joined to conduct my first interview here at ZERO TO THREE. Over the years, I came to appreciate and value Ron’s intellect, expertise, passion for babies, and commitment to the field. He was a source of infinite knowledge about early development and a clarion voice for babies in public policy. His wise counsel, impassioned advocacy, and visionary leadership will be sorely missed. And personally, I will miss him as a colleague, a mentor, and a friend. On behalf of all of us here at ZERO TO THREE, our thoughts and prayers are with Ron’s family and loved ones at this time.”

Find all articles from the March 2020 issue online!

View full journal
Back to top