What the Future Holds

Our impact today on children, families, and communities

is creating positive, lasting change for a brighter tomorrow.

From Alabama to the Arctic Circle 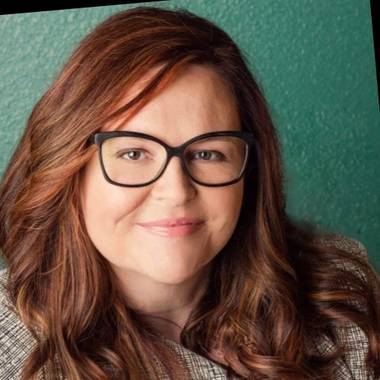 It was March of 2011. My mother had recently passed away from cancer, and I felt restless. I felt like my story needed a new chapter.

Although Alabama was where I was born and all my family lived, my life had been nomadic. When I was a child, my mother served as a nurse in the military. We lived in multiple states and in Frankfurt, Germany. I attended 10 schools in 12 years. During college, I took a year off to live and work in Beijing, China. After graduate school, I lived in Melbourne, Australia, for a year. For the last 7 years, I had worked with families in urban community outreach programs in New York City and Camden, New Jersey. When my mother’s cancer metastasized, I returned home to Alabama to take care of her. Now that she was gone, I didn’t know what my next steps ought to be. Should I return to my previous job or do something different?

When a friend of a friend told me about an opportunity to work with children in an Alaska Native village above the Arctic Circle, I said to myself, “Why not?” I knew nothing about Alaska except for occasionally watching the television show Alaska State Troopers. When I looked on a map, the village was in Northwest Alaska and off the road system. It was only accessible by airplane. It seemed like the perfect place to go to find peace….and a purpose. 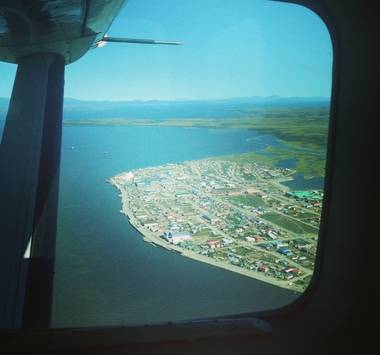 Upon my arrival, the friend of a friend met me at the tiny, rural airport and told me immediately that the job I was offered was no longer available and there was no place for me to live. I wondered, “Why didn’t you tell me this before I got on the plane?!” Despite these setbacks, I decided to stick around. After living in a “glorified closet” room at a local church for a few weeks, I found an apartment. I lived on my savings until I found a job. I settled in and kept an open mind.

As a guest and outsider, this small community welcomed me with open arms. My new Alaska Native friends served as cultural mentors for me. I was taught how to pick tundra tea to calm an upset stomach, cut fish we caught from the Arctic Ocean, make atikluks and fireweed jam. I watched otters swim along the shore, played softball under the midnight sun, and cried when I saw the Northern Lights for the first time.

Above all, I had the privilege of getting to know people connected to the land. In a modern, changing world, I discovered there were people who still lived a subsistence lifestyle and practiced rituals passed down for thousands of years. In grieving the loss of my mother, I was comforted in the Iñupiat Ilitqusiat. These traditional, cultural values of the Iñupiaq people are “those things that make us who we are.” Respect for elders, cooperation, love for children, respect for nature, humility, humor, and respect for others were beliefs that I witnessed people living out on a daily basis. I found peace and solace, and my passion for working with children and families was renewed.