Register now for ZERO TO THREE's Virtual Annual Conference 2021. Take heart and join us October 25-29 to deepen your learning and practice.

In August 2012, the Michigan Department of Community Health released an Infant Mortality Reduction Plan to combat infant mortality and reduce disparities among racial and ethnic groups. 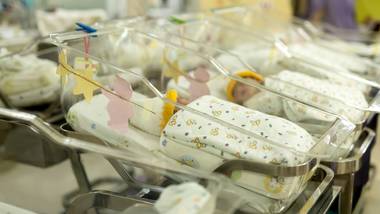 The work was spurred by 2010 data showing that for every 1,000 live births in Michigan, seven infants died before reaching their first birthday, a rate higher than the national average. The rate for African American babies was double that, 14.2 out of 1,000 African American infants died before they turned one. In response to this information, Michigan Governor Rick Snyder identified reducing infant mortality as a public health priority in 2011. The original plan laid out strategies and goals for 2012-2015. It was developed collaboratively with community, health care, academic, public health, and other maternal and child health stakeholders across the state. The Department of Community Health updated the plan for 2016-2019. It outlines nine specific goals: