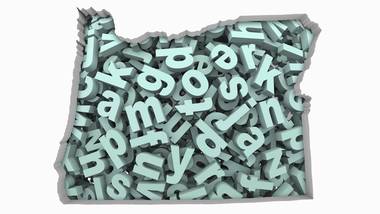 The Early Learning Hubs are not intended to be direct service providers and have a statutory requirement to carry out the following activities:

In August 2013, the ELC released a Request for Applications (RFA) for the first round of Hubs with the RFAs due in October of that year. Applications were scored by a twenty-six member evaluation team comprised of Early Learning Council members and representatives from the Oregon Health Authority, the Department of Human Services, the Oregon Department of Education, and the Department of Administrative Services. The Award Team made the final recommendations to the Early Learning Council. The process for designating Hubs was repeated with a second Request for Applicants released in April, 2014 and recommendations by the Award Team made to the Early Learning Council in June, 2014. By the end of 2015 all sixteen contracts were fully executed, the maximum number allowed under House Bill 2013.

Between 2013 and 2015 the ELC worked collaboratively with the successful applicants to establish the functions and statutory goals of the Hubs. While Early Learning Hubs take different forms, reflecting the needs, resources, and values of their communities, the three statutory goals provide a unifying focus:

Early Learning Hubs are helping communities achieve these goals through a collective impact model in which their primary responsibilities are to:

Leadership, consensus building, conflict resolution and decision-making skills are needed by Hubs and will be important in ensuring sustainability. The direct provision of services is not, and should not be, a core function of Hubs. Hubs have addressed this by separating their collaborative and coordination responsibilities from direct service provisions in Hubs where the backbone organization is also a direct service provider.

All Hubs received one-time startup funds of $50,000 and receive monthly coordination funds based on the number of at-risk children for which they expect to coordinate Services. Hub start-up funds come from the sunset of a 20-year old, county-based commission on children and families program. Similarly, Hub monthly coordination funds come from restructured former commission on children and families general funding. Federal Race to the Top-Early Learning Challenge Grant funding also supported start-up and infrastructure-building costs.