Pennsylvania Takes on the Race to the Top Early Learning Challenge

In December 2013, Pennsylvania became one of the six newest states to receive a Race to the Top-Early Learning Challenge (RTT-ELC) grant. 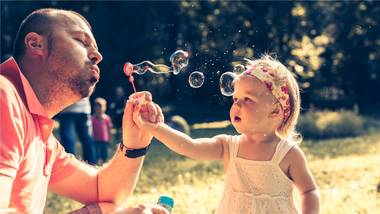 Over the course of the grant, the state directed substantial resources to support several early childhood policy priorities.

In the 2014 annual performance report released in July 2015 for Pennsylvania’s Race to the Top—Early Learning Challenge the following progress was reported:

Innovation Grants: Part of Pennsylvania’s RTT ELC plan was to use a competitive process to award 50 Early Childhood Education Community Innovation grants to communities. As of 2014, 12 Early Childhood Education Community Innovation Zone (CIZ) grants had been awarded. These grants made it possible for communities to assess challenges to children being successful in school, receive targeted technical assistance and implement test strategies that address the identified challenges.

Early Learning Guidelines: While Pennsylvania’s Early Learning Guidelines (ELG) already included infants and toddlers when they received the RTT-ELC, the state revised its ELG in 2014 to ensure that they were developmentally, culturally, and linguistically appropriate. Highlights of the 2014 Infant/Toddler revisions include: A crosswalk of Early Learning Partnership Standards between Head Start, Parent, Family and Community Engagement Framework, PTA National Standards for Family-School Partnerships® and the Strengthening Families Protective Factors Framework. There was also the addition of Science, Technology, Engineering and Math (STEM) Supportive Practices; and intentional use of language for all audience types (center- and home-based child care, early intervention, home visiting, Pennsylvania Pre-K Counts, and Head Start).

Career Lattices: Pennsylvania’s revised Workforce Knowledge and Competency Framework, known as the Pennsylvania Core Knowledge Competencies (CKC) or Early Childhood and School-Age Professionals (CKCs), was released in 2014. The revision was more inclusive of all early learning program settings and reflected the revised learning standards and more current research on best practice. The Pennsylvania Big Ideas Framework and Individual Professional Development Plan for Early Childhood and School-Age Professionals is a companion document to the CKCs.

The following progress was reported in Pennsylvania’s 2015 progress report, released in 2016:

Innovation Grants: Pennsylvania awarded its second phase of 38 Early Childhood Education CIZ grants in 2015 for a total of 50 grantees across the states. Grantees receive intensive supports and local grants to increase family engagement, strengthen relationships between early childhood providers and schools to build prenatal to third grade alignment, and strengthen community collaborations. 6% of the programs were represented in the form of Early Intervention programs.

Developing a State System: In November 2015, the William Penn Foundation, in partnership with the University of Pennsylvania, released An Inquiry Into Pennsylvania’s Keystone STARS*. The goal of the inquiry was to provide a comprehensive look at Keystone STARS, to then evaluate and revise the program. The inquiry focused on three major areas: child outcomes, quality components and a systems approach to rating quality, and guiding improvements. The report found that children who participated in Keystone STAR 3 and 4 centers showed higher proficiencies than children in Keystone STAR 1 and 2 centers.

Comprehensive Assessment Systems: In order to make it easier for families to access Early Intervention services and early childhood education programs as well as meet the consumer education requirements of the Child Care and Development Block Grant, Pennsylvania OCDEL began designing a web page with links to early childhood, health and other resources for families of young children.

In the 2016 annual performance report released in June 2017, the following progress was reported:

Developing a State System: Pennsylvania made significant progress towards re-visioning its TQRIS, Keystone STARS. Pennsylvania engaged more than 2,000 stakeholders in its Keystone STARS re-visioning work, which led to new core values, logic model, and framework to refine its structure, indicators, monitoring and supports to increase access to high-quality early learning. As part of Pennsylvania’s RTT-ELC, OCDEL and its regional partners developed a Start Up Technical Assistance Peer Mentoring program for friend/neighbor and regulated child care programs to join Keystone STARS. The OCDEL identified 33 of the highest risk rural counties to conduct recruitment efforts. Pennsylvania has recruited providers in nearly every targeted county to participate in the program. By the end of 2016, there were 125, or 32.5% of the targeted number of the 200 providers who reside in targeted Rural Recruitment counties participating in Keystone STARS.

Supporting the Early Childhood Workforce: Pennsylvania developed a framework for a Level 1 Infant/Toddler credential in June 2016. As of a result of the recommendations surrounding credentials, a new goal was set by the state to provide credit-bearing coursework through its professional development system.

Early Learning Data Systems: A revamped early learning program search website launched. The new site includes more user-friendly, intuitive user experiences with both simple and advanced search capabilities. After the launch, there was a 1,000% increase between May and July in the number of unique visitors who performed searches on the site.

Learn more about Pennsylvania and how other states are using RTT-ELC funds to strengthen their early childhood systems in ZERO TO THREEs paper, Meeting the Challenge: How the Newest Early Learning Challenge Grantees Can Meet the Needs of Infants and Toddlers.

Explore more from Public Engagement and Political Will Building

Explore more from Regulations and Standards