Vermont Takes on the Race to the Top Early Learning Challenge

In December 2013, Vermont became one of the six newest states to receive a Race to the Top-Early Learning Challenge (RTT-ELC) grant. 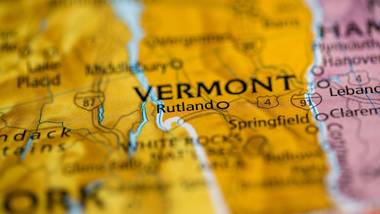 In 2014, Vermont was able to achieve many accomplishments in terms of infrastructure development and bolstering, improving quality and access of early learning and development opportunities, investing in a highly qualified workforce through professional development, and empowering communities to support young children and families.

In terms of infrastructure for managing the grant, the state created an Early Childhood Interagency Coordinating Team with members from the Agency of Education, the Agency of Human Services, the Governor’s Office, the Early Learning Challenge grant, and Building Bright Futures to further enhance cross agency and organization collaboration. This group has committed to meeting monthly in order to encourage open communication and collaboration. A system for transparently communicating grant progress to partners, stakeholders, and the public was also developed.

In 2014, Vermont worked to strengthen its tiered quality rating and improvement system, STARS, for child care, prekindergarten education and afterschool programs. The state substantially increased both the number and the percentage of child care programs in STARS. In September 2013, 597 programs participated in STARS, representing 42% of all child care programs. In December 2014, 986 programs participated in STARS, representing 72% of all programs. Due to a partnership with the non-profit Vermont Birth to 3 (VB3), the percentage of registered family child care homes participating in STARS increased from 25% to 71% and from a total of 230 to 582 child care homes.

The state’s Department of Health partnered with the United Ways of Vermont to develop the 2-1-1 phone line as a designated place for information, support, community resources, and referrals in the world of early childhood. This effort is part of Vermont’s implementation of the Help Me Grow (HMG) model.

Through the RTT-ELC grant, three additional cycles of six college courses were provided to the Vermont Child Care Industry (VCC) and Career Council, Inc. (VCCICC) as part of Vermont’s successful Child Care Apprenticeship program. VCCICC worked with CCV to provide a new five-week writers’ workshop to prepare current child care providers for college level coursework. Scholarships to enable early educators to take coursework leading to credentials and degrees were provided by the Vermont Association for the Education of Young Children (VAEYC), with funding from the RTT-ELC grant as part of its implementation of Teacher Education and Compensation Help (T.E.A.C.H.).

Through the RTT-ELC grant in 2015, Vermont made many strides forward, specifically in terms of systems building. The grant infrastructure in Vermont was set up to maximize collaboration, cross agency cooperation, and mutual support of project implementation – leading to a systems approach for implementation of the grant. One accomplishment that improved the quality of, and access to, early learning and development opportunities through a systems-building approach was the approval of the revised birth to grade three Vermont Early Learning Standards.

Strong progress in increasing the quality of programs in STARS also continued through 2015. The state increased participation from 145 programs with four stars in 2014, to 191 programs with four stars in 2015, exceeding the target of 165. During 2015, Vermont also saw a continued increase in both the number and percentage of its child care programs participating in STARS, increasing from a baseline in September 2013 of 597 programs participating, representing 42% of all programs, to 1,045 programs participating, representing 79% of all programs in December 2015. A notable increase in STARS participation also occurred among Specialized Child Care (SCC) services – those providers who care for children most at risk. From December 31, 2013 to December 31, 2015, the number of SCC providers participating in STARS increased from 556 to 766 – a 38% increase over a three-year period.

The state also made significant progress in terms of improving early childhood wellness. The HMG Vermont Contact Center officially launched on October 1, 2015. The trained Child Development Specialists that staff the line offer a “go-to” place for family members and providers seeking information, support, community resources, and referrals. As part of the Provider Outreach element of HMG VT, the Vermont Child Health Improvement Program (VCHIP) is the partner for providing training on developmental monitoring and screening to both health and early care and education providers. As of December 2015, 111 new early learning and development programs have been trained in developmental monitoring, screening, referral and response.

Also, in 2016, a formal structure to vet, support, and analyze policy questions that cut across programs, agencies and age-spans was developed – PreNatal-Grade 12 Data Governance Council. Along with the PreNatal-Grade 12 Data Governance Council, the addition of the Universal Developmental Screening (UDS) Registry contributes an important data element to tracking children’s access to services and overall growth and development. The UDS Registry provides a statewide data collection system for developmental screening results for multiple tools: The Ages and Stages Questionnaire (ASQ-3), Ages and Stages Questionnaire-Social Emotional (ASQ:SE), and the Modified Checklist for Autism in Toddlers (M-CHAT).

HMG VT improves access to existing resources and services for young children and families and promotes parent-engaged developmental monitoring and screening for all Vermont children. HMG VT has four system components: a centralized access point, family and community outreach, provider outreach and training, and data collection and analysis. In partnership with Vermont Birth to Five, a project of the Permanent Fund for Vermont’s Children, VCHIP expanded developmental screening training from the health sector to early care and education professionals across the state. In 2016, over 450 early care and education professionals were trained in developmental screening.

Also, in 2016, the new Vermont Early Learning Standards (VELS) were disseminated throughout the early childhood system in the state. A major highlight of 2016 was the VELS Institute. Through presentations, connections with other colleagues, conversations, and reflection, over 200 participants left better prepared to use the VELS to: support the continuum of learning and development from birth through grade through; support each young child, with emphasis on children who are culturally, linguistically, and individually diverse; build inclusive programs and practices; help families discover a tool to support their child’s learning and development and; encourage and support family engagement.

Learn more about Vermont and how other states are using RTT-ELC funds to strengthen their early childhood systems in ZERO TO THREEs papers:

Explore more from Regulations and Standards