Kyle D. Pruett, MD, is a Past Board President of ZERO TO THREE and Clinical Professor of Child Psychiatry at the Yale School of Medicine. 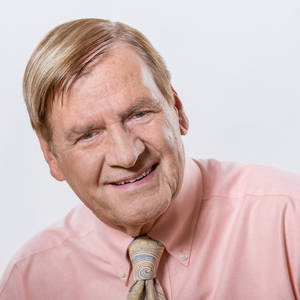 Dr. Pruett is a prominent author, international lecturer, media personality and pioneering researcher, conducting the country’s only long-term study of the impact on children of primary caretaking fathers. Dr. Pruett is an internationally known expert and forensic consultant on child, parental and family development, paternal involvement, children’s mental health, creativity, and the effects of media, trauma, and divorce on children.

ZERO TO THREE Board Member Emeritus; Member of Sesame Workshop Board of Trustees.

Author of several award-winning books, Dr. Pruett also appears frequently in the New York Times, on National Public Radio and Television, Good Morning America, CBS News and the Today Show. He has hosted award-winning DVDs for the National Fatherhood Initiative, Reading is Fundamental, I Am Your Child Foundation, and the Goddard Schools. He hosted his own Lifetime Television series, Your Child Six to Twelve with Dr. Kyle Pruett, and was chosen by Oprah Winfrey to host her award-winning video, Begin With Love, and by Peter Jennings to appear with him on the Children’s Town Meetings after 9-11; Dr. Pruett has been a columnist for Good Housekeeping and Child magazines.

The latest from Kyle D. Pruett