Dr. Lee Beers is a professor of Pediatrics and the Medical Director, Community Health and Advocacy at Children’s National Hospital. She is a current board member of ZERO TO THREE. 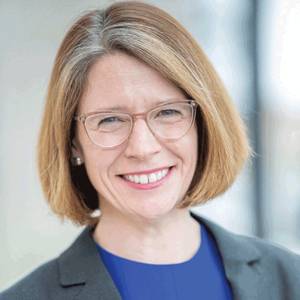 Lee Ann Savio Beers, MD, FAAP, has spent her life’s work dedicated to bringing together the diverse voices of pediatricians, children, and families to improve the health of all children nationwide. She previously served as the 2021 president of the American Academy of Pediatrics, and currently oversees the Child Health Advocacy Institute’s Community Mental Health CORE, which includes initiatives such as the Early Childhood Innovation Network and serves as a catalyst to elevate the standard of mental health care for every young person in Washington, DC.

Prior to joining Children’s National, Dr. Beers became the only pediatrician assigned to the Naval Hospital in Guantanamo Bay, Cuba. She later worked as a staff pediatrician at the National Naval Medical Center in Bethesda, MD, and Walter Reed Medical Center in Washington, DC before joining Children’s National Hospital in 2003.

Dr. Beers’s clinical and research interests include adolescent pregnancy and parenting, the integration of mental health and pediatric primary care, the impact of adversity and stress on child well-being, and advocacy education. She currently lives in Washington, DC with her husband and two children. Dr. Beers holds a BS from The College of William & Mary and an MD from Emory University School of Medicine, and completed a pediatric residency at the Naval Medical Center in Portsmouth, VA.