Home/Resources/What are the most important influences on brain development before birth?

What are the most important influences on brain development before birth? 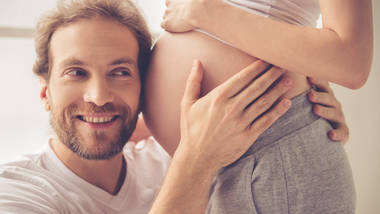 Good nutrition is important, because brain growth—like the growth of the rest of the fetus’ body—is influenced by the quality of a pregnant woman’s diet. Alcohol and cigarettes should be avoided, because these can impair the formation and wiring of brain cells. Some chemicals and forms of radiation are potentially harmful to fetal brain development, but most need concern only women exposed through their occupations—that is, those who work on farms or in factories, laboratories, hospitals, dry-cleaning stores, or other sites that expose them to dangerous chemicals, radiation, or infections.

Infections pose perhaps the greatest risk to the developing fetus’ brain. Many seemingly harmless infections can seriously interrupt fetal development, including the formation and wiring of brain cells. Fortunately, most women are already immune to the most dangerous of these–rubella (which causes German measles) and varicella virus (cause of chicken pox). Other potentially harmful infections include cytomegalovirus (CMV), toxoplasmosis, and several sexually transmitted diseases (syphilis, gonorrhea, and genital herpes). Prenatal testing and treatment can minimize the risk of some of these, but generally speaking, pregnant women can best protect their babies’ brains by practicing strict hygiene: wash your hands frequently, avoid sick friends and co-workers, watch out for sloppy kisses, and don’t share food or drinks with anyone—even your own toddlers!