What are neural tube defects (NTDs)?

One of the most sensitive periods in brain development occurs at the very beginning, when the neural tube is closing. 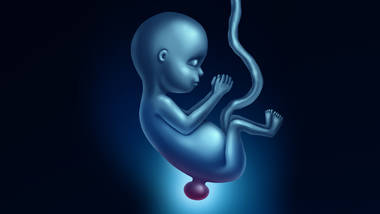 If the neural tube fails to seal properly, part of the spinal cord may develop outside of the spine. This defect is known as spina bifida.

If, during this fourth week after conception, the tube fails to seal in the head end of the embyro, a defect known as anencephaly results. Anencephaly means, “lack of a cerebral cortex,” and is always fatal. If the tube fails to seal at its lower end, the defect is known as spina bifida. In spina bifida, part of the spinal cord may develop outside the spine, where it is highly vulnerable to damage. Spina bifida varies in severity from being totally symptomless to highly disabling, with problems including paralysis, sensory loss, and loss of bladder or bowel function.

Fortunately, NTDs can now be detected prenatally with good accuracy. Even better news comes from the discovery that the B vitamin, folic acid, can prevent some 60% of NTDs from ever developing in the first place. To be most effective, women should take a 400 microgram folic acid supplement every day, beginning about one month before conception and continuing until at least the end of the first trimester of pregnancy. (This is the amount of folic acid present in most multivitamins sold over the counter. Supplements of up to 1000 micrograms–equivalent to 1 milligram–per day are considered safe during pregnancy.) Most grains, breads and cereals sold in the U.S. are now fortified with folic acid in quantities estimated to raise the average woman’s consumption by 100 micrograms per day.