What are the most important changes in the brain after birth?

While babies come into the world with some very useful survival reflexes, they are still strikingly helpless, in large part because the cerebral cortex is still quite immature. 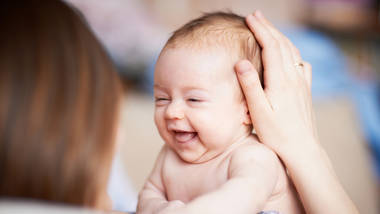 As the highest, most recently evolved part of the brain, the cerebral cortex is responsible for all of our conscious thoughts, feelings, memories, and voluntary actions.

Although all of the neurons in the cortex are produced before birth, they are poorly connected. In contrast to the brain stem and spinal cord, the cerebral cortex produces most of its synaptic connections after birth, in a massive burst of synapse formation known as the exuberant period. At its peak, the cerebral cortex creates an astonishing two million new synapses every second. With these new connections come a baby’s many mental milestones, such as color vision, a pincer grasp, or a strong attachment to his parents.

By two years of age, a toddler’s cerebral cortex contains well over a hundred trillion synapses. This period of synaptic exuberance varies in different parts of the cerebral cortex: it begins earlier in primary sensory regions, like the visual cortex or primary touch area of the cortex, while it takes off somewhat later in the temporal and frontal lobes, brain areas involved in higher cognitive and emotional functions. Nonetheless, the number of synapses remains at this peak, over-abundant level in all areas of the cerebral cortex throughout middle childhood (4-8 years of age). Beginning in the middle elementary school years and continuing until the end of adolescence, the number of synapses then gradually declines down to adult levels.

This pattern of synaptic production and pruning corresponds remarkably well to children’s overall brain activity during development. Using PET imaging technology, neuroscientists have found dramatic changes in the level of energy use by children’s brains over the first several years of life—from very low at birth, to a rapid rise and over-shoot between infancy and the early elementary school years, followed by a gradual decline to adult levels between middle childhood and the end of adolescence. In other words, children’s brains are working very hard, especially during the period of synaptic exuberance that corresponds to the various critical periods in their mental development (see above).

Besides synapse formation and pruning, the other most significant event in postnatal brain development is myelination. Newborns’ brains contain very little myelin, the dense impermeable substance that covers the length of mature brain cells and is necessary for clear, efficient electrical transmission. This lack of myelin is the main reason why babies and young children process information so much more slowly than adults—why it might take a toddler a minute or more to begin responding to a request such as “Joey, bring Mommy the teddy bear.” Myelination of the cerebral cortex begins in the primary motor and sensory areas—regions that receive the first input from the eyes, ears, nose, skin, and mouth—and then progresses to “higher-order,” or association regions that control the more complex integration of perception, thoughts, memories, and feelings. Myelination is a very extended process: although most areas of the brain begin adding this critical insulation within the first two years of life, some of the more complex areas in the frontal and temporal lobes continue the process throughout childhood and perhaps well into a person’s 20s. Unlike synaptic pruning, myelination appears to be largely “hard-wired.” Its sequence is very predictable in all healthy children, and the only environmental factor known to influence it is severe malnutrition.