It is very common for preschoolers to tell a fib when caught doing something they shouldn’t. Why do they do this? And how should a parent respond? 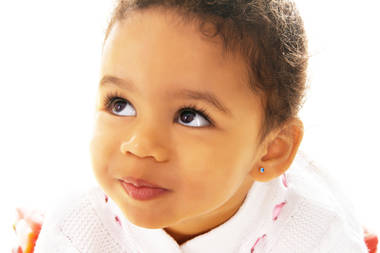 Have you seen the YouTube video of a toddler who is found smearing lipstick on a mirror? When his mama discovers his “artwork,” she turns on the video recorder and asks, “Who drew on Mommy’s mirror?” He names the culprit: Batman. It’s funny and cute, except that many parents would feel a bit of unease along with the humor. It worries us when children lie—even if the liar is an adorable little guy like this one. We are conditioned to think lying is fundamentally wrong and wonder: What if it never ends?

Young children think differently about the world than we do. Children under five do not have a firm grasp on right and wrong, or reality versus fantasy. They engage in a lot of magical thinking: monsters, fairies, dragons, and others still inhabit their world. Magic and fantasy shape their understandings and explanations. 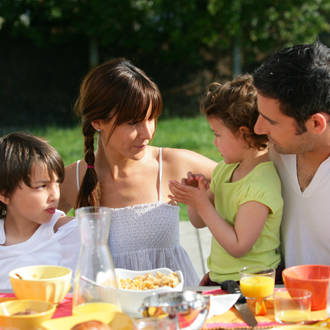 As parents, we help things along when we take a teaching and guiding approach to discipline.

Because there is no firm boundary between what children wish for, and what they actually have, you might overhear imaginative storytellers saying they have a pet dinosaur, or that their mommy is a real princess. In response to these “wishful-thinking” lies and others like, “Daddy said I could have cake before dinner,” you might say (keeping your voice matter-of-fact), “I know you wish that were true—because you love cake so much—but we don’t eat sweets before dinner.”

If you watch the clip carefully, you’ll see that when caught in the act, this toddler backs away from the offense and creates distance. He is probably wishing that he hadn’t just smeared lipstick all over the place! That desire, coupled with his mother’s disapproval, drives him to come up with an alternate explanation: Batman. If he was asked, “Do you think smearing lipstick on the mirror is a good choice or bad choice?” he could probably give the “right” answer. But in the moment, he—like all toddlers—still lacks the self-control to stop himself from experimenting.

It is very common for preschoolers to lie when caught doing something they shouldn’t. The part of their brain responsible for self-control is still developing. And - unlike older children - kids this young do not fully understand that telling lies is wrong. 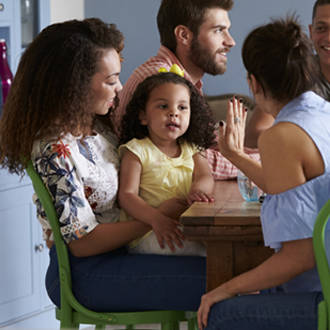 Remember that what makes the toddler years so much fun is that their imaginations are in full swing. But unlike older children, kids this young do not fully understand that telling lies is wrong.

Another cause of lying is fear of punishment. When a child lies to avoid consequences, it might be because they fear your reaction. When we stay calm as we hold a child accountable, it communicates love and support as well as rules and limits. Responding in this way also teaches children to trust us and tell the truth. If we lean toward anger and shame, kids shut down and focus on our reaction, rather than the lesson we want them to learn.

So what should adults do? Think about not asking if your child did it, whatever “it” is. That will avoid the “on-the-spot” feeling that leads toddlers to tell tales. Instead, make some observations and then propose a solution. For example, in this case you might say, “I see that you found my lipstick and have made a mess on the mirror. That does look fun, but my make-up is off limits and the walls are not for art. Here’s a towel. Let’s clean this up.” Then, create an opportunity for re-connection, “I see you like drawing. When we’re done, if you want to draw, I can get you some paper and crayons.”

Remember that what makes the toddler years so much fun is that their imaginations are in full swing. Things improve in the honesty department over time as children grow and mature. We help things along when we take a teaching and guiding approach to discipline. By looking at lying in the early years as a gap in knowledge and skills—instead of misbehavior—parents are much more likely to respond in ways that help children learn the lessons they are trying to teach.