Every six minutes an infant or toddler is removed from home due to alleged abuse or neglect. The children are then placed in foster care, which may be harmful to their development due to separation from the world they know, and potential longevity in the system. 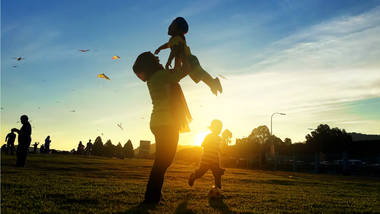 Results show that children whose families participate in Safe Babies Court Teams are reaching permanency two to three times faster than infants and toddlers in the general foster care population.

ZERO TO THREE’s Safe Babies Court Team approach applies the science of early childhood development in meeting the urgent needs of infants and toddlers and strengthening their families.

This goal of the approach is to advance the health and well-being of very young children and their families, so they flourish.

“Jess” was just 20-years-old when her two children, both under the age of three, went into foster care in Iowa. She herself was in and out of the child welfare system as a youth, and ended up in the juvenile system for possession of substances and drug use. She reported being sexually abused as a child by a relative, and said her mom wasn’t there to support her due to alcohol abuse and other circumstances. At this point, Jess was angry and trusted no one – especially any “system” that told her what to do. She had a hard time holding down a job and didn’t finish school before she became pregnant. With no active father in the picture, Jess left her kids in less than desirable conditions. The kids ended up being removed from home after Jess left them with a distant acquaintance for a prolonged period of time.

With the help from the Safe Babies Court Team, Jess was eventually able to stabilize her situation to focus on treatment and parenting. Throughout this process, she gradually began to trust the “system,” with staff continuing to encourage her to believe in herself.

“I wanted to tell you thank you. You helped me become a better person and [realize] that things do get better…”

Along the way, the team helped Jess get her GED, apply for assistance and housing, and find effective therapy to meet her needs. Importantly, they also worked closely with early intervention staff on ways to engage Jess to keep her from shutting down and to find support systems where she could build relationships with women who had gone through similar situations. It was this support that helped Jess transition out of the system, and once reunified with her children, to have the right assistance in place to continue success.

Jess is now married with five children. She has a good job and is getting ready to buy her very own house. She said she never thought she would make it this far or be this happy in life. “Thank you for all you’ve done to help me and the countless others! You believed in me so I could believe in myself- and others around me,” she said.

The first three years of life represent the most critical phase of brain development. It is during the first 36 months that the foundation is being laid for how a child perceives the world around him or her: is it a safe encouraging setting where the child is surrounded by loving adults and has every opportunity to become a happy child and a curious learner? Or is it a dangerous and hostile territory where adults cannot be relied on to respond appropriately to the child’s needs?

The Safe Babies Court Team approach changes local child welfare practice and systems to improve outcomes for children and their families, and to prevent future court involvement in the lives of young children.

Families who participate in a Safe Babies Court Team are embraced by a team and given targeted and timely services. Adults feel valued as individuals and as parents while they learn how to support the healthy development of their children. Results show that children are reaching permanency two to three times faster than infants and toddlers in the general foster care population. Almost two-thirds of them find permanent homes with members of their families while only one-third of infants and toddlers in the general population exit foster care to family members.