Paid Leave is a Must for Hard Working Families

It’s time for Congress to build on what was started in 1993 with the Family Medical Leave Act and pass a comprehensive national paid leave program as quickly as possible. 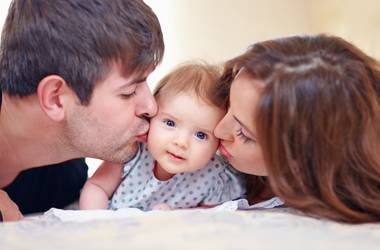 Twenty-four years ago this month, the Family and Medical Leave Act (FMLA) took effect. Since then, it’s been used more than 200 million times by people who were able to take time off from work to welcome a new baby, care for a seriously ill child or loved one, or to address their own serious health conditions — without fear of losing their jobs or health insurance coverage. But more than two decades later, it currently only serves 40 percent of the workforce, and millions of workers cannot afford to take the unpaid leave it provides. In 1993, unpaid leave was an important first step, but, in 2017, it is clearly not sufficient protection at the precise times when family costs rise, rather than fall. Families — and babies — need paid leave.

Six states and the District of Columbia have all passed state paid leave laws, paving the way for a federal plan. And with 62 percent of mothers with infants in the workforce, but only 13 percent of the workforce receiving paid leave through employers, a national paid leave program is long overdue to meet the unmet needs of hard working families nationwide — not to mention put the next generation of workers on a path toward success.

What a baby learns in the first weeks and months of life shapes the architecture of the developing brain. A baby’s brain produces one million new neural connections every second, influenced most significantly by the everyday moments they experience with parents and caregivers. When parents have a new baby, unhurried time helps them become attuned to the marvelous development occurring in that tiny, but demanding infant. These positive, consistent relationships during babies’ earliest days, weeks, and months result in children who are better equipped for success in school and in life. Paid family leave is also associated with better rates and length of breastfeeding, higher rates of immunizations and participation in well child checks, and improved opportunity for mothers’ recovery and parental adjustment.

Twenty-four years later, change for babies and families may be on the horizon. Policymakers on both sides of the aisle have shown an interest in creating a national paid leave program. And earlier this year, Sen. Kirsten Gillibrand (D-NY) and Rep. Rosa DeLauro (D-CT) introduced the Family And Medical Insurance Leave Act (the FAMILY Act), federal legislation that would provide eligible employees with up to 12 weeks of paid leave for their own serious illness; the serious illness of a child, parent, or spouse (including a domestic partner); the birth or adoption of a child; the injury of a family member who is in the military; or exigencies arising from a service member’s deployment. The FAMILY Act embodies the core principles that a comprehensive federal program must include, as shown in the graphic below.

These key elements create crucial job and financial security so employees can take the time they need to heal, provide the nurturing their babies need to get off to a strong start, and get back to work more focused and confident. In all, investing in a paid leave policy means a stronger likelihood of getting kids off to a healthy start, keeping parents in the workforce, and keeping the economy strong. With more than 4 million babies born in the United States and 135,000 children adopted each year, the pool of beneficiaries is vast and deserving.

In this time of growing economic uncertainty, paid leave can inject a sense of stability by offering all Americans the support they deserve to provide for their families. It’s been almost a quarter of a century since something substantial has been done for working families in this country. It’s time for Congress to build on what was started in 1993 with the FMLA and pass a comprehensive national paid leave program as quickly as possible.