Income and poverty data for 2016, released this week by the Census Bureau, held good news for babies overall. 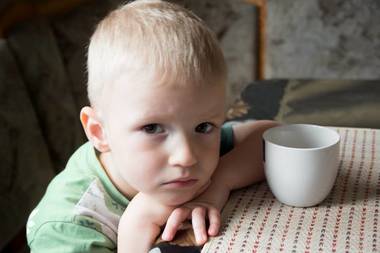 The percentage of the youngest children living in poverty dropped below 20 percent for the first time in many years, falling to 19.6 percent, below pre-recession levels. That means 168,000 fewer infants and toddlers lived in poverty last year than in 2015. This decline – the second in a row – shows that the recovery from the Great Recession has really taken hold, with the most vulnerable families sharing in increased earnings and more full-time jobs.

While the overall decline is encouraging, the fact remains that more than 2.3 million infants and toddlers live in poverty in our country, disturbingly high for the wealthiest, most advanced nation in the world. Approximately the same number live in families without enough income to meet basic needs. Inequities still abound. For young children of color, the news is mixed. The poverty rate for Hispanic children (25.2%) also dropped significantly, as it did in 2015, but remains higher than for children as a whole and more than twice as high as the rate for white children (11.3%). Of greatest concern, the rate for African-American babies and toddlers has barely budged, dropping slightly to 35.6 percent. It remains at more than three times the rate for white babies and toddlers. African-American children make up 15 percent of all infants and toddlers, but 29 percent of those in poverty. So while yesterday’s news signaled improvement, it still does not bode well for our future national and economic security.

If these numbers aren’t alarming enough, consider this one: 2.3 trillion. That’s the total number of neural connections being affected by poverty every single second as each baby and toddler forms one million connections in the blink of an eye. These connections form the foundation for all later brain development and learning—whether strong or fragile – and they are being shaped by a baby’s experiences right now. This rapid brain development means very young children are particularly vulnerable to poverty’s long-term effects. Children who start out in poverty are more likely to fall behind in their language development, lag behind in later reading proficiency, and experience learning disabilities and developmental delays. And these impacts last, following children into adulthood. When babies and toddlers live in poverty, they are more likely to have reduced earnings capacity and hours worked, and increased likelihood of obesity and other poor health outcomes as adults.

Often the poverty rates are thought of as an economic measure. But as we look to a strong future for our country, they are actually a measure of risk and resources for the future workforce. By this measure, a substantial portion of young children are not getting the inputs they need to thrive, such as nutrition, shelter, and unhurried interactions and other enriching experiences with their parents or other adults. Their lives are often filled with stress—not the transient kind that makes us strong, but chronic, unrelenting stress that leads to expending way too much energy on trying to feel safe and secure while parents are scrambling to meet the challenges of providing for their families. Poverty literally gets under the skin, undermining strong brain development as well as other physiological systems.

For those for whom seeing is believing, technology now allows scientists to actually peer into young brains, with study after study after study finding an association between lower income and diminished brain growth in areas associated with self-regulation and learning, memory and language, and emotional control. Toddlers in poverty can fall behind before they turn two, with gaps in their ability to process language at age two that puts them six months behind their more advantaged peers.

But there is hope. The same research that finds brain differences in low income children also finds a key protective ingredient: the parental-child relationship, which can buffer young children from the consequences of adverse experiences. In addition, many federal programs, most notably the Supplemental Nutrition Assistance Program (SNAP) and Medicaid, help close the gaps in meeting basic needs—improving the chances for children to be healthy. Many of these programs have been targeted for cuts and radical restructuring by budgets proposed by the Trump Administration and in the House. Yet, their impact on child development is profound. If we truly want to make our country strong and give every child the opportunity they deserve, the policy path seems clear:

Continue support for federal programs that bolster healthy development. Medicaid is the sentinel program for young children at great risk developmentally. Its Early and Periodic Screening, Diagnostic, and Treatment benefit is a powerful tool to address health, mental health, and developmental needs. In sufficient amounts, SNAP gives young children in low-income families a nutritional boost that turns into healthier physical, cognitive, and emotional development – so much that Children’s HealthWatch has dubbed it the “SNAP vaccine.” Housing supports create stability vital to positive development in young children. When those supports are coupled with food assistance such as SNAP or supplements from Women, Infants, and Children, housing security for families with young children is dramatically increased. And Low-Income Home Energy Assistance not only provides a healthier environment for growing children, it also helps reduce housing instability and food insecurity.

Improve parents’ earning power. Improving parents’ income is key to lifting babies out of poverty. Policies such as increasing the minimum wage, creating higher quality jobs and training adults to attain them, and tax policies such as the refundable Earned Income Tax Credit, help put more dollars into family pocketbooks. This reduces both stress and the possibility that setbacks – even as small as running out of money for gas to get to a job - don’t send the family into a downward spiral. Research suggests that increases in income can help improve child and adult outcomes if timed early in life.

Expand strategies to support strong, nurturing relationship and positive early learning experiences. Proven approaches—some beginning during the important prenatal period—can help diminish gaps and promote stronger social-emotional foundations. They also are a good investment. Economist James Heckman estimates that high quality early childhood programs from birth to age five yield a 13 percent return per annum. Policies such as paid family leave, Early Head Start, home visiting, and high-quality child care both support families’ ability to nurture their children and provide positive early learning experiences to help those trillions of neurons make strong connections. Yet, these policies either don’t exist at the federal level or are woefully underfunded. In fact, the Maternal, Infant, and Early Childhood Home Visiting program is due to expire in a few short weeks, leaving hundreds of thousands of low-income families without the support they need to thrive.

Politicians often say that children are so important because they represent our future. Yet, too often children enter into political discourse only in invocations of the kind of world they will inherit, as if how we prepare them for that world is irrelevant to its ultimate shape. But how we invest now will determine how prepared they are to mold their own world. If we invest in babies today, they will have the strong foundation they need to make a full contribution later, when they are the workforce competing in a global economy. In particular, we need to make a concerted effort to reduce the inequities in how children of different races and ethnic backgrounds share in economic progress and early learning opportunities. So despite the good news, what the Census Bureau report is really telling us is that a good portion of this future workforce still is starting life with the deck stacked against them – and that we’ll be paying the consequences for decades to come.