Grandparents fill a major gap in child care in this country, care that is otherwise unavailable or unaffordable to many. Grandparents in the U.S. care for 1 out of 4 children under the age of five. As such, they are a major influence on young lives, tied with formal child care in the number of children served.

In the spring of 2018, ZERO TO THREE and its partners at the Bezos Family Foundation and the David and Lucile Packard Foundation commissioned a national survey of grandparents who care for grandchildren aged five and under. We believe this survey to be the first of its kind to capture the needs and experiences of grandparent caregivers. 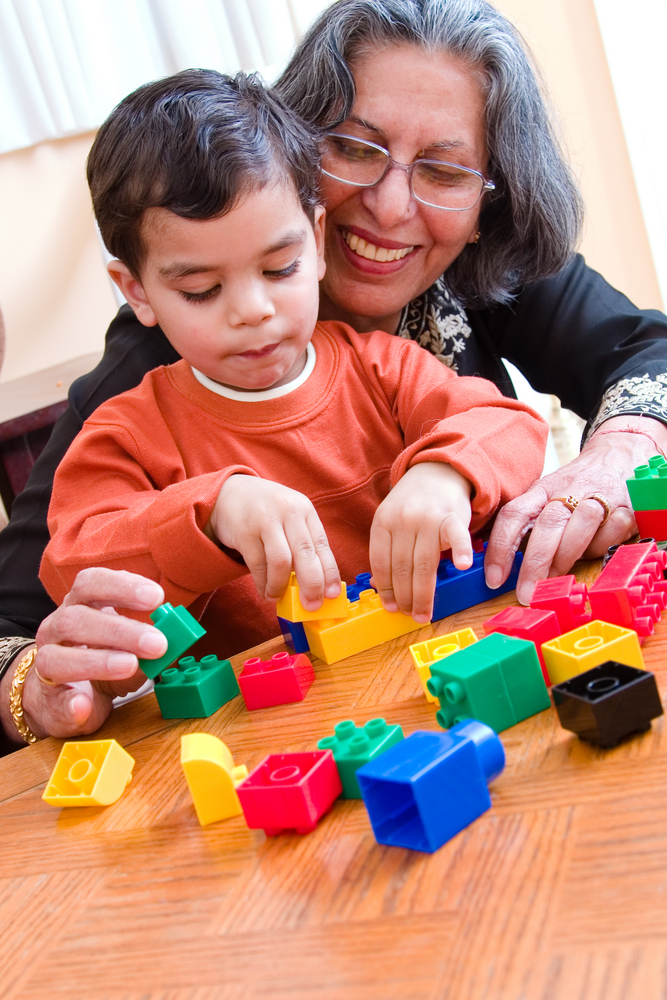 The Grand Plan survey included 1000 grandparents who provide regular child care for grandchildren aged five and under from across the United States, with over-sampling of Hispanic and African American grandparents. We asked them about the joys, challenges, and needs of grandparents who share the care.

Grandparents participating in our online survey cared for grandchildren at least 15 hours a week. Approximately one-third (29%) shared a household among three generations. (Families in which the parent was not present were excluded from the survey.)

The Powerful Pull of Love and Duty

For most families (8 of 10), the caregiving arrangement is not financial. Grandparents feel rewarded by intangibles like spending time with grandchildren on a regular basis (89%), getting to influence and shape their early experiences (76%), and ensuring that their grandchild gets the best care (74%). 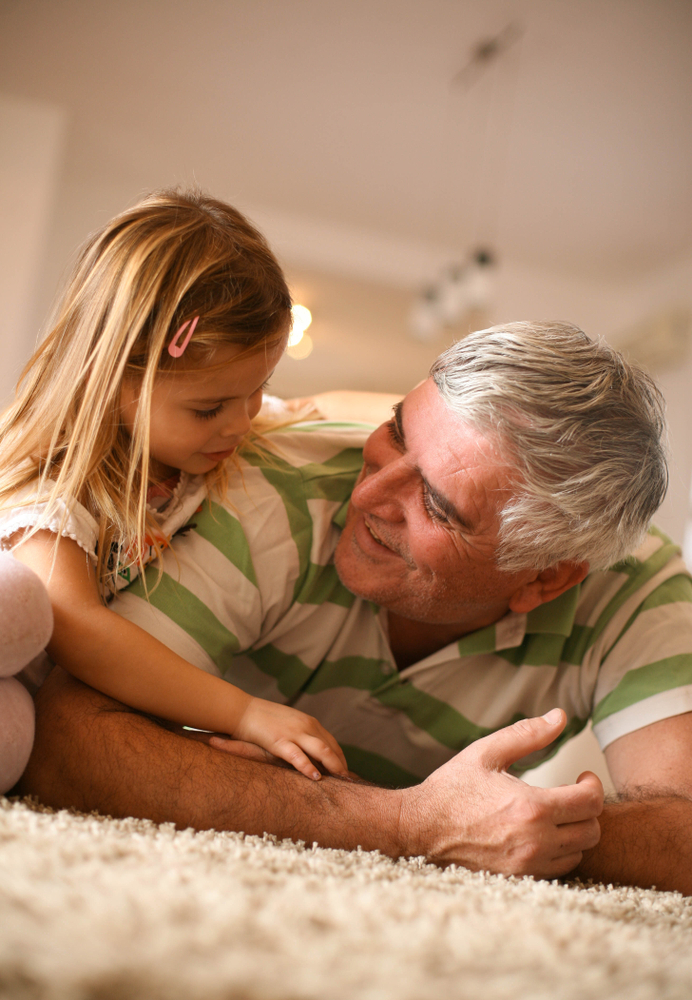 But not all is rosy, all the time. Almost half (48%) of the grandparents surveyed feel some level of disagreement/tension between generations concerning child care issues like handling tantrums (31%), navigating mealtime (27%), and managing screen time (27%). Caring for a young child—even one you love deeply—can be exhausting. 2 of 5 grandparents say the job of caregiving is tiring. 1 in 5 say it’s stressful.

Even so, most grandparents have faith in their ability to do the job right. 89% say they are happy with the quality of care they provide. Grandparents say they have more patience (70%) and a clearer sense of what’s important (67%) than they did when raising their own children. But many (74%) agree it’s scarier raising kids today because there’s more danger and violence in the world.

While we found nearly universal appreciation of the experience of grandparent caregiving, differences emerged when we examined the data by subgroup, particularly in the areas of perceived stress and resolution of child-rearing disagreements.

Most grandparents (7 in 10) feel confident in caring for grandchildren since they raised their own children. But 4 in 10 agree that new research about child development can help them do a better job, and 3 in 10 wish they knew more about the brain development in young children. 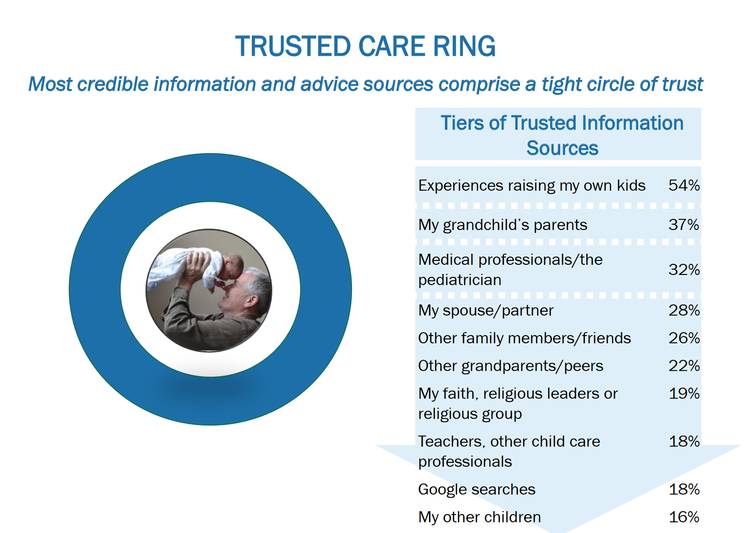 It’s worth noting that when grandparents are asked where they learn about child care resources, the answer changes, with 65% getting suggestions from family and friends, 30% obtaining information from websites, and 27% consulting social media.

Given these considerations, and the fact that grandparent-caregivers provide care outside of early education systems, reaching grandparents can be challenging. Our research suggests that designing programs that include the elements below are likely to be most successful:

Grandparents have the love.
98% of our survey respondents told us they loved being a grandparent.

We’ve got the resources.
ZERO TO THREE has been supporting the healthy development of babies and toddlers for more than 40 years.