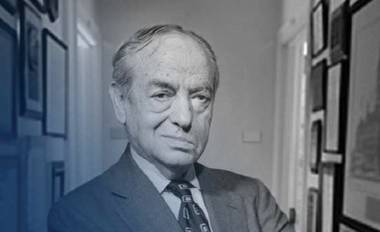 The ZERO TO THREE family was deeply saddened to learn of the passing of Edward Zigler, PhD, an original architect of Head Start and premier advocate of applying developmental psychology to social policy for children and families. In response, executive director Matthew Melmed made the following statement:

“Words cannot express the sense of loss Ed Zigler’s passing brings to ZERO TO THREE and the early childhood development community. In a ﬁeld dedicated to lifting up our smallest, Ed Zigler was a giant on whose shoulders we will always stand.

“Ed’s passion for our children and their families leaves behind a legacy that has touched the lives of countless young people. In no small part because of the strong foundation of Head Start and Early Head Start, most of these children have already grown up to become the workers who power our economy, the scientists who make breakthroughs, the leaders who provide a vision for our future, and the parents who nurture our next generation.

“Anyone who worked with Ed knew he was a tough taskmaster. That commitment to leadership in the ﬁeld of early childhood development has changed the trajectory of many careers, including my own. I ﬁrst met Ed when I sought his help for an advocacy effort related to child nutrition and early care and education when I worked in Connecticut over 35 years ago. I learned a great deal from him and was delighted he served on the Board of Directors at ZERO TO THREE when I came to the organization 24 years ago. Ed mentored many of today’s leaders in the ﬁeld, including our own Brenda Jones Harden, Jack Shonkoff, and Walter Gilliam, who today carries the torch as the Director of the Edward Zigler Center in Child Development and Social Policy at Yale University.

“All babies and toddlers need positive early learning experiences to foster their intellectual, social, and emotional development and to lay the foundation for later school success. Head Start and Early Head Start give young children experiencing poverty the same opportunities as their peers to succeed. Ed’s pioneering vision has supported countless generations of children’s success in school, provided families greater self-sufficiency, and empowered parents to support their children’s development.”