Adolescent Parents and Neurodevelopmental Maturation: Changing the Medical Home Model for Teen Parents and Their Children

Abstract
This article describes one family’s experience in the Young Mother’s Clinic (YMC), a medical clinic providing multidisciplinary care to adolescent mothers and their children. The authors highlight the neurodevelopmental changes that occur in the later adolescent period and explore related clinical implications for professionals working with these young parents and *their children. *

Adolescent parents and their children require specialized pediatric care because these populations are at increased risk for medical, psychological, developmental, and social challenges (Pizon & Jones, 2012). Despite the maturity that parenting may confer to adolescents, they are still progressing through their own developmental maturation. While adolescence has traditionally been defined as lasting up to 18 years, or perhaps up to 21, research has made significant progress in identifying that the brain continues to mature and remains in an active state of development until around 25 years (Giedd et al., 1999), which has implications for professionals working with these individuals and their children. This developmental progression is of paramount clinical importance to teen/tot primary care clinics, which are medical homes that provide care to adolescent mothers and their children. A medical home is best described as a model of primary care that is patient-centered, comprehensive, team-based, coordinated, accessible, and focused on quality and safety.

Historically these teen/tot clinics worked with mothers through 18 or 21 years, at which time they were discharged to traditional, and typically separate, pediatric and adult medical homes. The story in this article follows one family’s experience in the Young Mother’s Clinic (YMC), a dyadic medical home providing multidisciplinary care to adolescent mothers and their children, as the clinic worked to align their clinical practice with neurodevelopmental maturation research to better serve adolescent parents and their children.

Mayra, nearly 18 years old, first presented to the YMC after giving birth to her first child, Leilani. Alongside her mother at their first visit, Mayra met her and her daughter’s primary care provider (PCP). The PCP explained the clinic model, including that Mayra and Leilani could receive care there until Mayra turned 22. The PCP learned that Mayra and Leilani were living with Mayra’s mother, who was planning to care for the baby when Mayra returned to 11th grade. During well-child visits, Mayra’s mother tended to take the lead in discussing the baby’s care, and Mayra was often frustrated by her mother’s questions for the PCP, as well as her mother’s care for Leilani. For example, Mayra experienced Leilani as very fussy and thought her mother spoiled the baby by attending to her whenever she cried. The YMC’s HealthySteps Specialist tried to talk with Mayra and her mother about the crying curve and strategies for soothing, but Mayra didn’t think she needed additional support in managing Leilani’s crying. When asked about her family and social support, Mayra’s mother shared that they had no contact with her husband, Mayra’s father, and that he was currently in prison related to assault and drug charges. Mayra noted that this happened “a long time ago and I barely remember it. It’s not important.”

During Leilani’s 4-month check-up, Mayra shared that Leilani’s father was intermittently involved and provided some financial support, although she was feeling unsure about the future of their relationship. She shared some recent arguments with him over his phone and who he was texting. When her PCP mentioned having her meet with the clinic’s integrated behavioral health (IBH) psychologist, Mayra declined, noting she did not want to discuss her relationship with anyone other than the PCP. After the visit, the PCP consulted with the IBH psychologist, and together they reflected on the trusting relationship the PCP and Mayra had built over the past several months, which had allowed her to begin to discuss psychosocial stressors.

Around Leilani’s first birthday, Mayra shared with her PCP that she had stopped going to school a few months ago. Her mother started working and Mayra had to use public transportation to take Leilani to child care and get to school, so she often asked other students, some of whom she did not know well, to take her to Leilani’s child care after school and bring them home. She was irritated by her mother’s concerns about safety and her questions about whether Leilani’s car seat was installed properly; ultimately, she explained she dropped out of school because she “didn’t want to deal with it. It’s too much drama.” The clinic social worker met with Mayra to offer a variety of education options to help her in earning her high school diploma. Although Mayra was initially ambivalent about returning to school, the social worker was able to help both Mayra and Leilani enroll in a local school that was close to home and offered an onsite child care.

At Leilani’s 4-year check-up, several changes had occurred. Mayra was now 22, living in her own apartment with Leilani, and had completed high school. After graduation, she wanted to pursue cosmetology school, but these plans were now on hold because Leilani’s father had moved to another state and stopped providing financial support, and Mayra struggled to maintain a part-time job while also attending classes. In addition, she noted that her and Leilani’s sleep schedules were erratic due to her work schedule. This time, when the PCP recommended she meet with the IBH psychologist to problem-solve around these stressors, Mayra was eager to discuss how to get herself and her daughter to sleep more consistently. She and the IBH psychologist devised some strategies for promoting consistency in bedtime routines. They continued to meet weekly to work through the logistics of parenting a young child while also working. After a particularly productive session, the IBH psychologist and PCP reflected on how Mayra had grown over the 4 years they had known her. Most significantly, they noted how she was open to support from the multidisciplinary members of YMC and how transferring her to a different medical home at this crucial time of development may negatively impact her and her child. 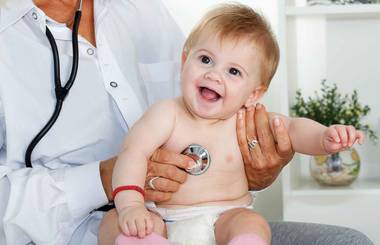 A medical home is best described as a model of primary care that is patient-centered, comprehensive, team-based, coordinated, accessible, and focused on quality and safety.